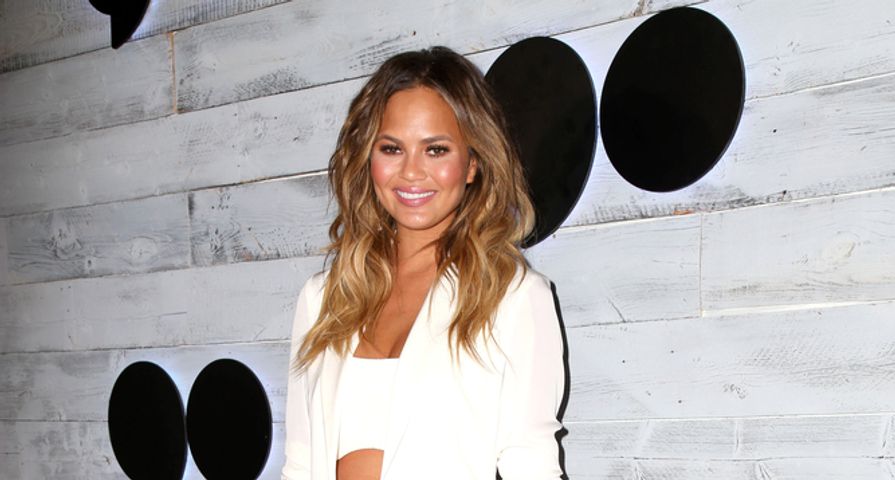 It’s no secret that Chrissy Teigen isn’t a fan of British personality Piers Morgan. For the second time this year, she took to Twitter to criticize his comments about a celebrity.

Yesterday, Jennifer Aniston wrote a powerful essay about her experience of being objectified in the media, and called for the end of body shaming. For some unknown reason, Morgan felt compelled to write a response to Aniston’s letter, where he came down hard on the Friends actress.

“There’s another reason why the media objectify and scrutinize famous women, and why little girls get confused about beauty and body image,” he wrote in the Daily Mail. “It’s this: female stars like Jennifer Aniston deliberately perpetuate the myth of ‘perfection’ by posing for endless magazine covers which have been airbrushed so much that in some cases the celebrity is virtually unrecognizable.”

Morgan’s letter didn’t sit well with model Chrissy Teigen, and she promptly took to Twitter to call him out for his comments. “@piersmorgan saw your piece on Jennifer Aniston. Why do you ALWAYS take the road of being the piece of s–t a–hole?” the 30-year-old mother wrote. She added, “particularly with women and people of color. tell me it’s just for clicks?? Please tell me you aren’t TRULY this vile.”

Morgan responded to Teigen by tweeting, “Morning, Ms. Teigen. You didn’t actually read it did you…? Try doing that before throwing another diva tantrum.” In response, Teigen wrote, “unfortunately, I read it. I’m not so much a diva as I am a person who slows down at car crashes, apparently.”

The feud continued on, with Morgan patronizing Teigen for her response. “No, my little bundle of hypocrisy,” he wrote. “YOU’RE using ME for clickbait. Now hush before your sanctimonious spleen bursts.”

For some reason, Morgan thought he could 1-up Teigen by making reference to her husband, musician John Legend. “Says the world’s biggest, lamest ‘celebrity’ troll. Your husband’s a genius so I forgive your childish impudence.” Teigen promptly tweeted back, “@piersmorgan my husband thinks you are one of the most misogynistic, condescending morons on the planet but thank you.”

Back in June, Teigen and Morgan had a Twitter argument after comments he made about Muhammad Ali. The Brit claimed that Ali said more racist things than Donald Trump ever had about Muslims. Teigen and Legend challenged Morgan’s argument and made it clear they weren’t fans of him.