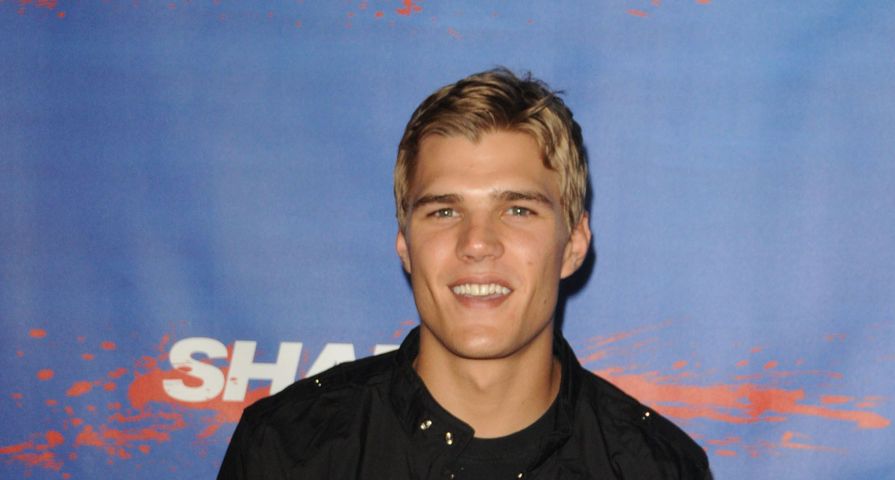 The Amazing Spider Man 2 actor Chris Zylka, 29, is no longer engaged to model Hanna Beth, 25, and the whole world is well aware of it after a messy fight between the two on social media. The two actually began their engagement the same way it ended when Beth tweeted on April 26, 2014, “I’m engaged!!!!!” and the next day wrote, “My life feels like a dream right now. Everything is way too perfect. So happy.”

Fast forward ten months later and there are much different words being shared by the couple as Zylka took to his Instagram on Wednesday March 11 to blatantly call out his now ex-fiancée posting a quote that reads, “You are only going to be as good as the people you surround yourself with so be brave enough to let go of those who keep weighing you down.” He added his own caption to the words writing, “I’m disappointed that I didn’t see how fake you were, or pay attention to the backstabbing you did in front of me. I will rise up.”

He then took to his Twitter to explain the ‘backstabbing’ writing: “When someone’s boyfriend shows up at their house with flowers while you’re in that someone’s bed. Don’t get involved with them.” He also responded to those asking questions about who he was in the situation, “@chriszylka @TheHannaBeth no it was in the bed and the guy from boy london was with the flowers. Pink flowers to be exact.”

Beth eventually responded to the posts with her own series of tweets that she posted and then deleted, “There is always tomorrow… When people try to put you down or call you names…Ignore it. The only person they’re actually talking about is themselves.” “Hate gets you nowhere. Always rise above. When people don’t get their way, they want to bring you down. Don’t let them. No reaction is better than any reaction. Making up lies about someone cause you are hurt will never work or make you feel better.”

Most of Chris’ tweets have also been deleted and it’s not surprising that the two no longer follow each other on social media.