(Photo by Paul A. Hebert/Invision/AP, File)

Chris Harrison has broken his silence after the news that the former Bachelor nation host would be permanently leaving the franchise.

Harrison took to Instagram to share his thoughts on the exit, writing, “I’ve had a truly incredible run as host of The Bachelor franchise and now I’m excited to start a new chapter.”

“I’m so grateful to Bachelor Nation for all of the memories we’ve made together. While my two-decade journey is wrapping up, the friendships I’ve made will last a lifetime.”

The host became the target of controversy in February during an interview with former Bachelorette Rachel Lindsay. During the interview, Harrison was asked about contestant Rachael Kirkconnell who had racist photos from her past resurface.

Following the controversial interview, Harrison appeared on Good Morning America explaining that he hopes to return to the franchise. “I am an imperfect man, I made a mistake and I own that,” he said at the time.

“I believe that mistake doesn’t reflect who I am or what I stand for. I am committed to progress, not just for myself, also for the franchise. And this is a franchise that has been a part of my life for the better part of 20 years and I love it.”

The current season of The Bachelorette is being hosted by former Bachelorettes Tayshia Adams and Kaitlyn Bristowe. This summer’s season of Bachelor In Paradise will feature a range of rotating celebrity guest hosts, including David Spade. 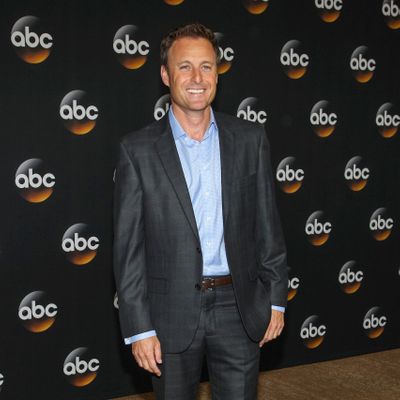