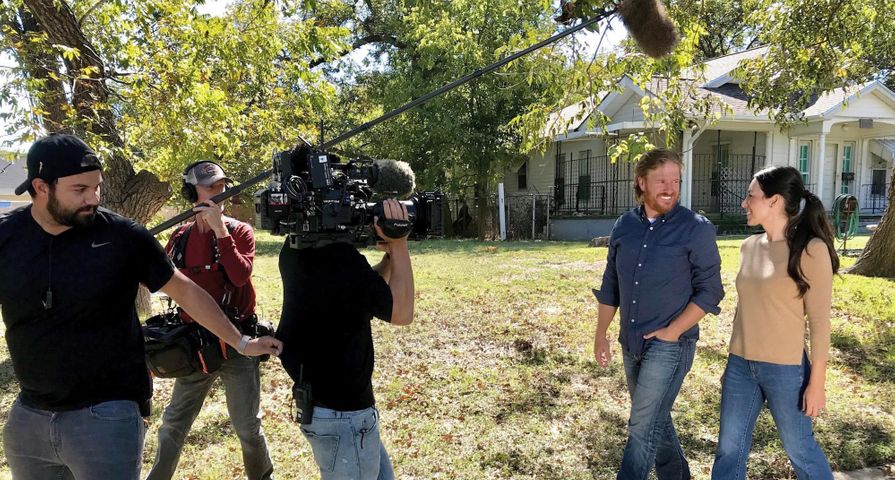 The Tuesday, April 3 episode of Fixer Upper was the end of an era for HGTV stars Chip and Joanna Gaines.

With the episode “Rock Star Renovation” the beloved series came to an end after five years and five seasons, and both Chip and Joanna took to their social media to reflect on their Fixer Upper journey and say goodbye.

Joanna took to her Instagram to share a comparison photo of the couple filming their very first episode and their very last episode, writing, “I can’t believe tonight marks our very last episode of Fixer Upper. This picture is of us filming our pilot in 2012 and then our last scene of fixer in 2017.” She continued, “What a journey this has been! Check out my blog to read an update from us and to see what’s on the horizon for our family and Magnolia as we move forward. The end is bittersweet, but we are excited for what’s to come. Tune in tonight for the series finale on HGTV @ 9/8c! #fixerupper.”

Meanwhile, Chip tweeted all through the night and episode sharing photos of different moments throughout the years of Fixer Upper, and when the finale came to an end, he wrote, “And that’s a wrap! #FixerUpper family we are forever grateful for your support over the last 5 seasons. Don’t worry.. you can always find us here @magnolia in Waco!”

In her blog, Joanna shared more about Fixer Upper coming to an end, and what is next for her and Chip and their family as they get set to welcome their fifth child. “If you would have told me that I’d end this season of the show pregnant with our fifth baby, I would’ve laughed,” she writes. “With our little ones getting bigger, we had this gut feeling that it was time to step back and focus on them and our businesses here in Waco, Texas. And although that’s why we thought we decided to step away from the show, we now realize with this little one on the way that there was a bigger plan in place for us all along.”

For Joanna’s full letter to the fans, check out magnolia.com.