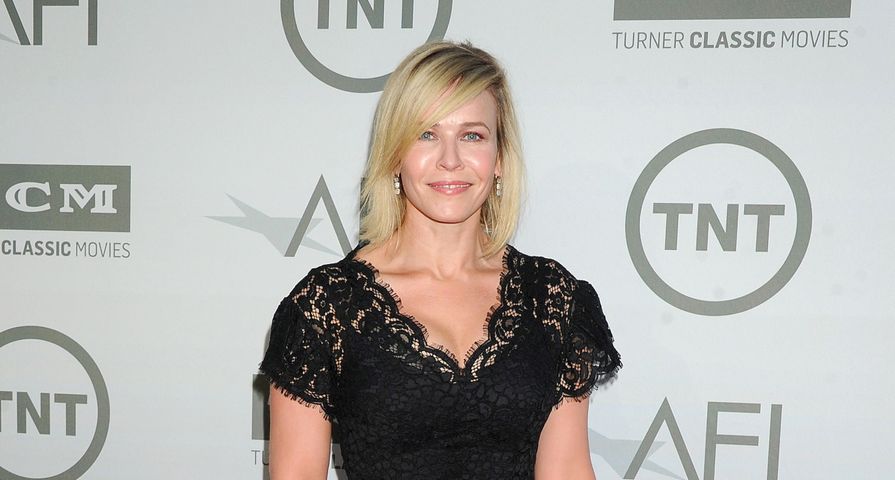 Although there have been fewer and fewer headlines about embattled comedian Bill Cosby, the scandal still rages on as dozens of women have come forward claiming that they had been drugged and/or assaulted by Cosby in incidents spanning back several decades.

While the women alleging the assaults have ranged from models to journalists to fans, funny woman Chelsea Handler recently revealed she almost had a similar experience with Cosby in Atlantic City.

In an interview with Esquire magazine Handler was speaking with fellow cover star Nick Offerman and interviewer Scott Raab when the scandal came up with Raab commenting, “Poor guy.” “What do you mean, ‘poor guy’?!” Handler responded. “Not poor guy… he tried to Cosby me.”

She went on to recount the odd encounter she had with The Cosby Show alum, “Oh, I was in Atlantic City playing, doing stand-up, and he was doing stand-up in Atlantic City in the same hotel, and at like three o’clock in the afternoon, someone from the hotel came down and said, ‘Oh, you know, Mr. Cosby would really like to meet you up in his hotel suite.’ And I thought, ‘That’s really weird.'”

She went on to state that the incident occurred around 10 years ago but since she was so freaked out, she asked three guy friends who were with her to go to the room with her, “Thank God I did, because now I know what would’ve happened if I went up there alone.”

“So yeah, he’s guilty. I think it’s pretty obvious now,” she continued. Cosby however has stayed silent on the subject while his lawyer denies all of the allegations even as they continue to pour in.