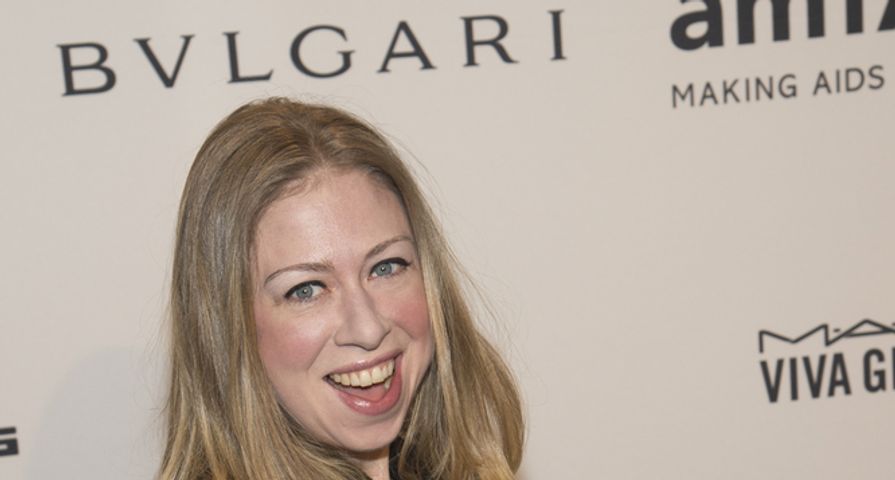 The former First Daughter announced last week that she and husband Marc Mezvinsky are expecting a baby. “Marc and I are very excited that we have our first child arriving later this year, and I certainly feel all the better, whether it’s a girl or a boy, that she or he will grow up in a world full of so many strong female leaders,” Chelsea Clinton said at an event in New York City.

Chelsea’s mom, former Secretary of State Hilary Clinton, was also excited about the news of her first grandchild. Check out the video to see what she wrote on Twitter! Chelsea’s dad, President Clinton, also chimed in on the social media site with his excitement and congratulations.

Of course, it wouldn’t be a celebrity baby without a bit of scandal. Since Hilary is planning a run for the presidency in 2016, some journalists immediately asked the silly non-question, what does this mean for Hilary’s campaign? (Hint: all it means is that she will be a grandmother.) Critics – including some high-profile ones like Scandal creator Shonda Rhimes – quickly pointed out that this would never be asked about a male candidate.

We prefer to think about what might happen if the little Mezvinsky-Clinton were to marry Kate Middleton’s and Prince William’s son George. World domination, anyone?