Check Out The Super Hot ‘Fifty Shades Of Grey’ Trailer 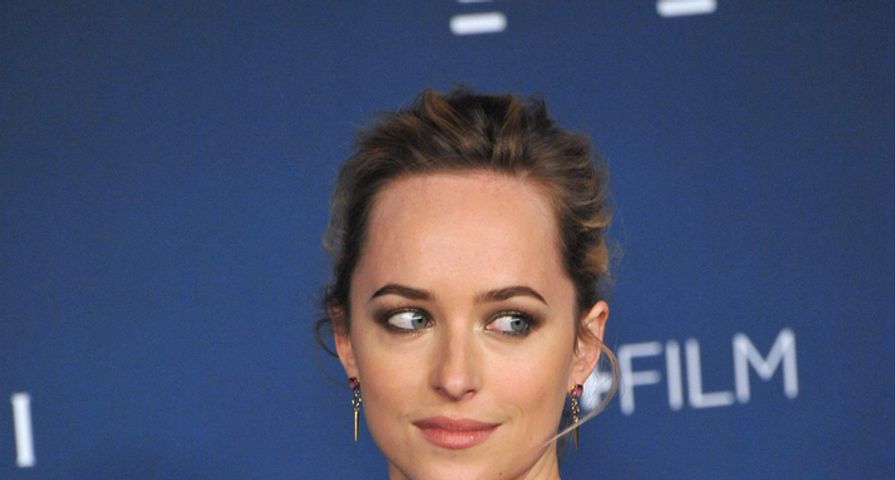 Take off your blindfold — the Fifty Shades of Grey trailer is here!

Hitting theaters in February 2015, the film is based on the bestselling book by E.L. James and follows the story of Anastasia Steele, who takes a job as the mysterious, intimidating and (of course) sexy Christian Grey.

Dakota Johnson plays the innocent Anastasia, while Jamie Dornan is the infamous Christian.

In the trailer, we get a look at Dakota’s job interview with the “polite, intense, smart” and “really intimidating” Christian, in which he says he wants to know more about her, while she claims there isn’t much to know. Soon after, we’re treated to a glimpse of their romantic relationship.

It all looks rather innocent at first: nice suits, helicopters, emotionally charged glances and a bit of making out — but at the end of the trailer, we get a few moments of the kinky sex dungeon that made the book famous. Check out the trailer to see how the book is portrayed on screen!

The trailer also features a new version of “Crazy in Love” by Beyonce, reminiscent of the dark, romantic soundtrack of The Great Gatsby.

Do you think you’ll see the movie? It will be out just in time for Valentine’s Day…