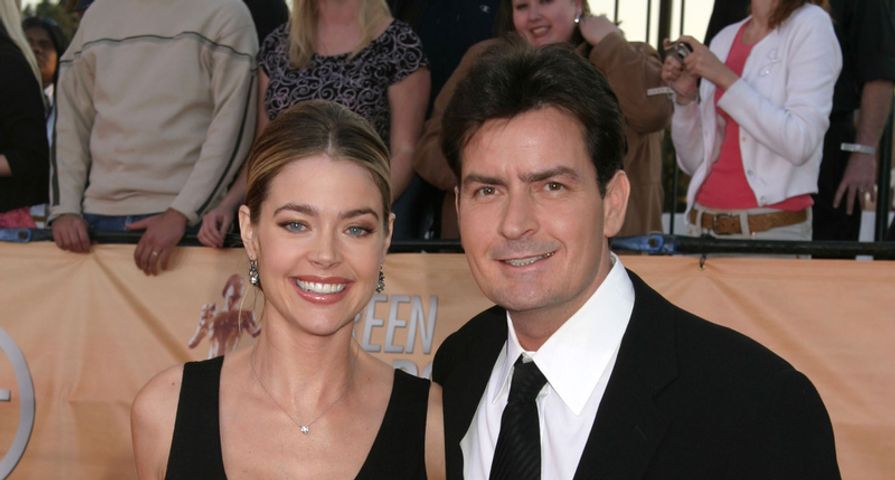 With Father’s Day on Sunday, June, 21 there were alot of adorable messages going out to dad’s around the world, but it seems Charle Sheen was one dad who was not having a Happy Father’s Day at all.

Starting on Sunday afternoon, Sheen went on a very angry and brutal Twitter, attacking his ex-wife Denise Richards, who he shares his two daughters Sam, 11, and Lola, 10. with.

Although some of the Tweets have been deleted, a few can still be found online including one Sheen dubbed “open letter to the media,” where he wrote, “Denise Richards is a shake down piece of s–t doosh phace & worse mom alive! A despicable charlatan who sux ISIs a–.”

Among other things, he also went on to compare Richards to another of his ex-wife’s Brooke Mueller when he wrote, “Brooke M is a sexy rok star whom I adore D Richards a heretic washed up piglet Shame pile Happy Father’s Day!!!”

It seems however that Richards was less than concerned about the malicious words Sheen was throwing around, instead choosing to be very kind (and sarcastic) in her response back writing, “Happy Dad’s Day! @charliesheen have a great trip in Mexico! Kids were disappointed u weren’t here for it – Hey we’ll celebrate when u r back!”

While the two have always had a volatile relationship, it seemed as though things were getting getting better — until Richards called him a deadbeat dad. Sheen is still pretty angry about it.

“I have paid that kaly-vinnik diaper over 30 Mil and she ma DbD (dead beat dad). See u in court you evil terrorist sack of landfill rash,” he wrote in a now deleted tweet early in the rant.