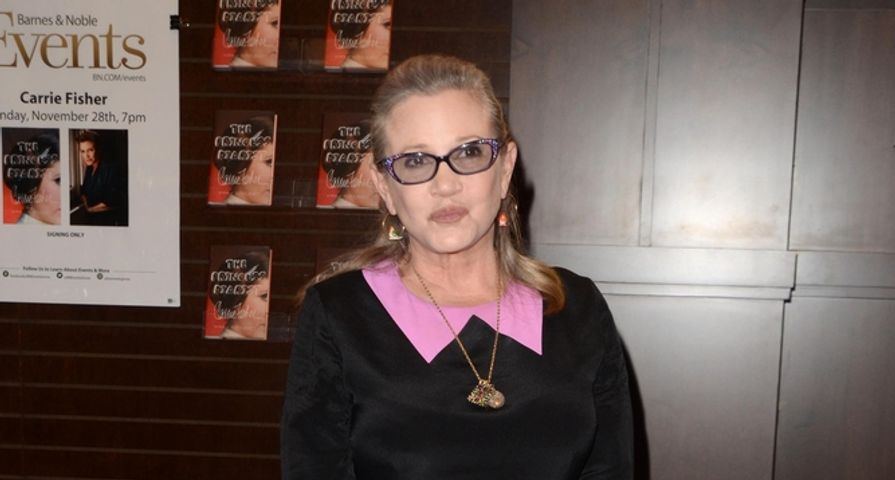 Actress Carrie Fisher reportedly suffered a massive heart attack today while on a flight from London to LAX and is currently in critical condition at an L.A. hospital.

Actor Brad Gage was aboard the flight and witnessed Fisher having a heart attack. “I’m in complete shock. @AnnaAkana and I sat in front of Carrie Fisher on our flight from London and she was just taken off the plane by EMTs,” he tweeted this afternoon. Actress Anna Akana was also on the same flight and tweeted that Fisher wasn’t breathing for ten minutes or more and that the actress was receiving CPR up until the plane landed.