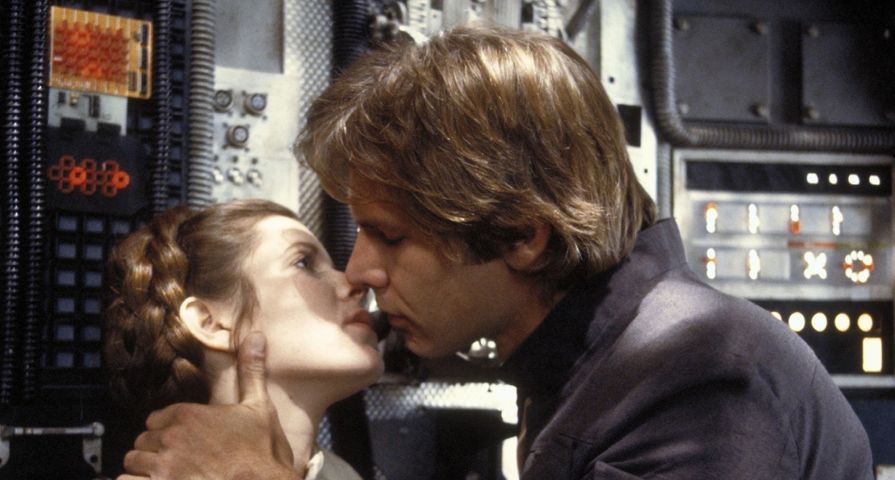 The actress, who is best known of course for her role as Princess Leia in the Star Wars franchise, has opened up about something that happened on set in 1976 that fans always wondered about but never got confirmation: she and co-star Harrison Ford had an affair!

At the time Fisher was 19, and Ford was 33, married, and had two kids, but there was no stopping the chemistry from on-screen following them once the cameras had turned off. “It was Han and Leia during the week, and Carrie and Harrison during the weekend,” the 60-year-old actress told People.

A while ago, Fisher came across some journals she kept while filming the first Star Wars movie in 1976 and decided it was time to open up about the time and being part of something so iconic, going on to write the memoir The Princess Diarist. According to People, Ford was told about Fisher’s book and even received a draft, knowing she was going to be speaking about their affair, but has not commented.

In the book, she reveals that the first time they spent the night together was after a birthday party for director George Lucas, and it was not something easy to deal with. “I looked over at Harrison. A hero’s face — a few strands of hair fell over his noble, slightly furrowed brow,” she writes. “How could you ask such a shining specimen of a man to be satisfied with the likes of me?” Although it very much was an affair, and did not go past their time filming, Fisher has no regrets about what happened between her and Ford. “I was so inexperienced, but I trusted something about him. He was kind.”