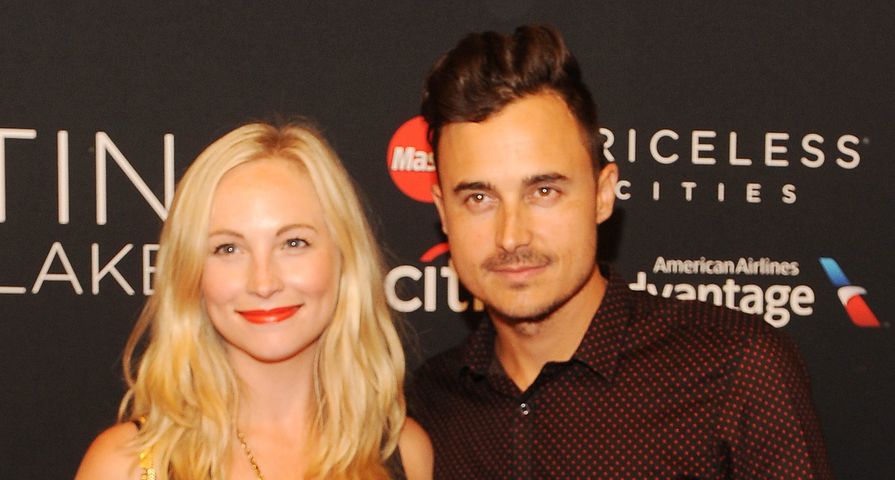 The two held their ceremony at the Montegut House surrounded by family and friends including Nina Dobrev, Paul Wesley, Claire Holt and TVD creator Julie Plec.

After the ceremony the couple led their guests in a parade down the streets of New Orleans to celebrate their union.

The couple met in 2011 at a Super Bowl event and friend and co-star Nina Dobrev gave Accola’s number to King because she was “too chicken” to make a move herself.

King proposed in May of 2013, making Accola a very happy girl, “I can’t even think about [the wedding] yet. We’re just enjoying the engagement with our friends and family right now,” she gushed to People magazine after the engagement.

The two share a passion for music as Candice has shown her singing skills on The Vampire Diaries and toured as a backing singer for Miley Cyrus’ Best of Both Worlds Tour.

She also appeared in The Fray’s “Love Don’t Die” music video, sharing a kiss with her now husband.