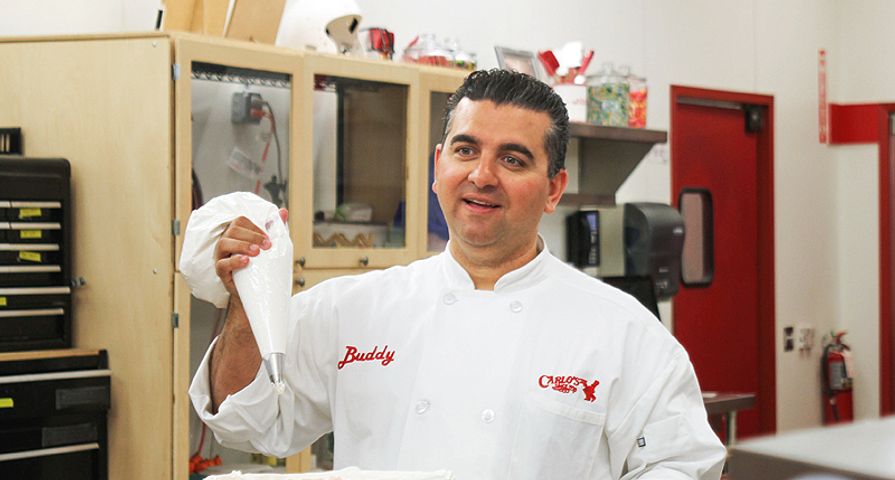 Buddy Valastro might be the best at cake making, but he has decided it was time to take a step back from the sweets in his own diet.

In a new photo, the owner of New Jersey’s Carlos’ Bakery showed off his amazing weight loss transformation and revealed what led to the change.

“A lot of people have been asking me how I’ve slimmed down lately so I just wanted to share that I’ve used the Optavia program,” Valastro wrote alongside a photo of himself and his wife. “Im not being paid to say this and it should be noted that I think every body is different and you should do whatever suits you but this is what I’m doing and I’m very happy with the results so far!”

Optavia’s website says it supports its clients with everything from meal plans to coaches and says the program works to integrate health into everyday lifestyle.

The famous baker, who is well known for his hit TLC series, Cake Boss, has revealed that his fridge at home is often stocked with any last minute supplies he might need and admitted that along with being a baker, he is the family’s chef. “Honestly, I don’t like to go out,” he said.

Back in 2014, Valastro made headlines when he was arrested for a DWI and blew “well above the legal limit.” He ended up entering a guilty plea early, explaining, “I wanted to make this right.”