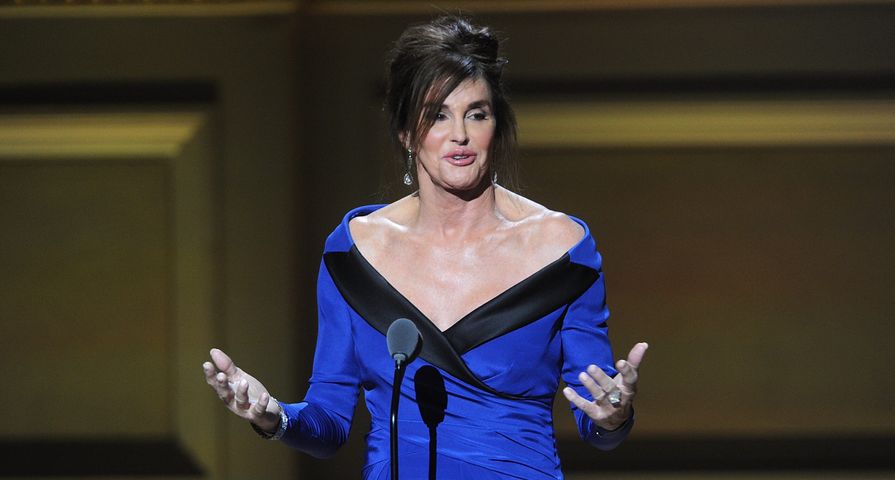 Caitlyn Jenner was in New York on Monday, Nov. 9 for Glamour magazine’s 2015 Women of the Year awards where the reality star received the top nod as Woman of the Year, after coming out as a woman in April.

Wearing a blue Moschino gown, Jenner was hailed as “The Trans Champion,” and in her acceptance speech, she told the audience, “when it comes to gender, everyone in this room is on a journey. We are constantly learning and growing as human beings learning about ourselves, but there is a second part of this population when it comes to gender. There is massive confusion deep down inside.”

Jenner also discussed how the media and tabloids really affected her transition, especially in terms of explaining it to her family. “So I sat down with each one of my ten children and it was the big secret in the family that no one could talk about because I was getting destroyed in the tabloids every week, walking through the grocery line looking at the headlines and so were my children and it was hurtful. So I sat each of them down and said, this is my story. This is who I am.”

Of course, since the transition and the big reveal on the cover of Vanity Fair, Caitlyn has had a big year with her own reality series and was recognized as the voice of the trans community. Jenner then revealed her next biggest milestone she has reached: Obtaining her new I.D. “I haven’t been on the airlines for over a year. Why? Because I haven’t had an authentic ID. Finally, last week I got my driver’s license and gender marker F. It’s always the little things in life.[…] So thank you, Glamour magazine for honoring me tonight. I never in a million years thought I’d be here and I am sure you didn’t either.”