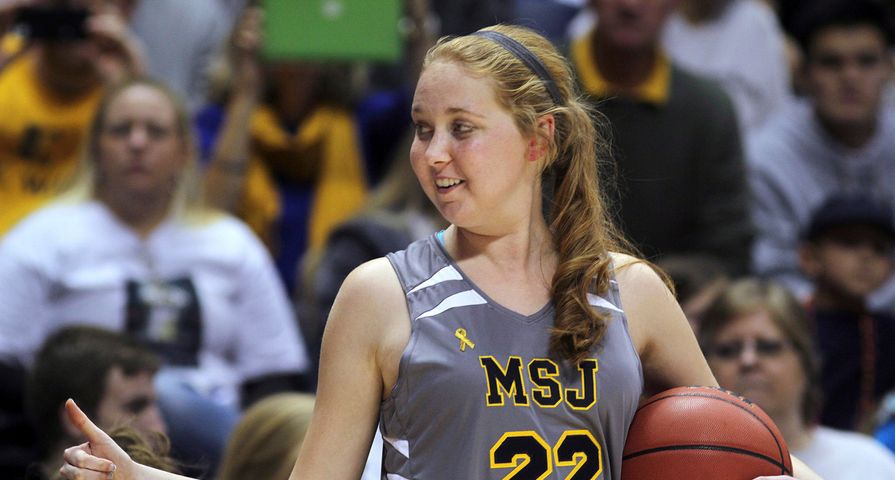 It has become rather obvious: ESPN executives are obsessed with owning the best ratings in television. So much so, the network will exploit social agenda and hot-button topics for gain, and pawn an award named after one of the most courageous professional athletes of all time — Arthur Ashe — to boost ratings and sell more expensive advertisements. In 2015, that honor has fallen to Caitlyn Jenner. With the onus resting squarely on the shoulders of an exploitative ESPN, here are 5 people far more deserving of the Arthur Ashe award than Caitlyn.

ESPN wants drama to lure viewers? The execs should shoot for some real controversy instead of simple tabloid fodder. Former University of North Carolina basketball star, Rashad McCants, came clean in the summer of 2014, admitting to misguidance from faculty and administration, and improper benefits offered to athletes at his alma mater. It’s not the feel good story people are hoping for when considering the Arthur Ashe Awards, is it? But Arthur was courageous because he contracted AIDS from a blood transfusion, and continued to live life boldly. Quite the depressing story in its own right. What Rashad did took a tremendous amount of courage. People may claim he had an ax to grind, but what he did served as an incredible step for transparency in the public education system.

Known to friends and fans as “The Fifth Dimension,” Eric Berry is a free safety for the Kansas City Chiefs. Eric started the 2014 football season ready to firmly establish himself as the NFL’s premier free safety; unfortunately, a little something called cancer got in the way. This was not an insignificant tumor they found in Eric. This was an early diagnosis of Hodgkin’s Lymphoma poised to do fatal damage. Eric considered playing out the existing season, but set his own desires aside to consider a lasting legacy. He immediately embarked on the road to treatment and recovery. His is now finished with his cancer treatment, and could have his eyes set on participating in the 2015 NFL Football season. Who’s to say when he’ll have the fitness and strength to return to the field, but what he’s accomplished thus far? Award worthy.

Kayla Montgomery is a long-distance runner from North Carolina. What makes Kayla so award worthy? She was diagnosed with multiple sclerosis at the age of 14, when she noticed both feet going numb while playing soccer. Once she worked through the denial following her diagnosis, she decided to run all that she could before she lost the ability to do so. She joined the track team, was average at best and soon succumbed to the phenomena of losing feeling in her legs once her muscles became hot — about a mile in. Kayla continued to train, and eventually became a state champion in North Carolina, finishing each race by collapsing into the arms of her coach, her nerves lacking proper function, and her body unable to feel. She’s now on a track/cross-country scholarship at Lipscomb University in Nashville, Tennessee.

Lauren Hill’s story was well-publicized in early 2015. The 19-year-old basketball player for Mount Saint Joseph’s women’s collegiate basketball team suffered from a rare form of cancer: Diffuse Intrinsic Pontine Glioma. The cancer develops in the brainstem, and eventually disrupts the body’s ability to function in any capacity. In an effort to spread awareness, raise funds and die as courageously as she lived, Lauren fought with all her might to take the floor in a college game. The team petitioned the NCAA to play their first game two weeks early, because Lauren’s health was deteriorating. The NCAA agreed, and Lauren was able to take the floor — even dropping in a bucket. Lauren was posthumously honored at the 2015 ESPY Awards, but something about her selfless life and death begs to be listed with Arthur Ashe.

Steve Gleason is still living, and he’s doing everything that his brain will allow in educating and fundraising for Amyotrophic Lateral Sclerosis — commonly known as Lou Gehrig’s Disease. Steve Gleason was a safety with the New Orleans Saints, who was diagnosed with ALS in 2011. Steve started the charitable foundation, No White Flags, and has been incredibly active in ALS fundraising, as well as spreading awareness through education in social and mass media. How Steve hasn’t been honored with the Arthur Ashe award yet is quite staggering, especially considering his place in New Orleans Saints history, and being enshrined as the hero in the statue entitled, “Rebirth,” located at the Louisiana Superdome. Steve was fearless on the football field, but his finest acts of courage have been displayed from a wheelchair.