Bryan Greenberg And Jamie Chung Got Married On Halloween 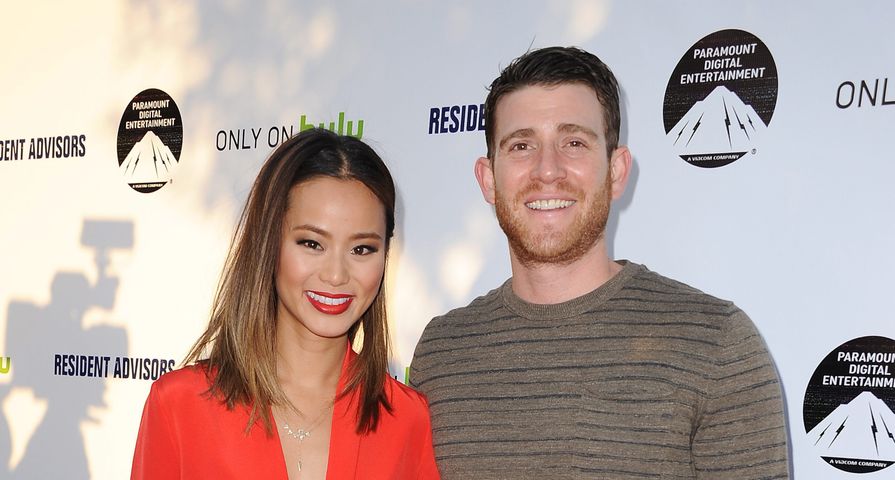 Nothing like a fall wedding! Actress Jamie Chung, 32, and actor Bryan Greenberg, 37, got married in a small, romantic ceremony at El Capitan Canyon in Santa Barbara, California on Saturday, Oct. 31, and definitely embraced the Halloween theme.

“We’re embracing the fact that [the wedding] is on that weekend. We’re going to have fun with it,” the Once Upon a Time actress told E! News a month before they tied the knot.

The whole weekend got kicked off on Friday night as the famous pair hosted a “Boos & Booz Welcome Dinner,” at he resort and asked their guests to come decked out in costumes, and the couple dressed up as characters from Back to the Future.

The two have been really private about their entire relationship after they began dating in the spring of 2012 and becoming engaged in January 2014, but Chung spoke out about how special he is back in June 2014. “I’ve never really introduced my parents to any of my boyfriends. He wasn’t the first, but he was — for him to organize something behind my back and for them, for both of our families to meet at once, the first time meeting, something like that would give me a lot of anxiety. He planned everything and he’s been so great! That’s something I really love about him.” Before they were a couple, Chung and the One Tree Hill actor had known each for years and have even filmed three movies together, including It’s Already Tomorrow In Hong Kong.