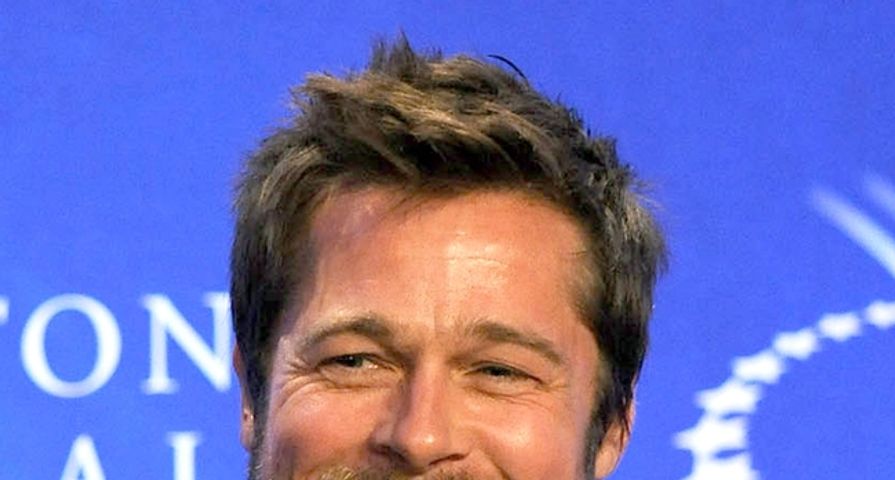 Brad Pitt was not looking his usual self this past weekend after he stepped out sporting a very large and serious looking injury on the left side of his face.

Pitt, 51, was out and about for the 3rd Annual Light Up the Blues Concert in Hollywood, looking much less like the former “Sexiest Man Alive” and more like your average father, sporting a very grey beard and glasses where he explained his injury came from a very everyday accident.

“This is what happens when you try to run up steps in the dark, with your arms full, wearing flip flops,” he jokingly explained. “Turns out if you then try to stop your forward momentum with your face, the result is road rash. Regardless, I wasn’t going to miss the Autism Speaks benefit the night after – wonderful people and I was honored to a part of this important event.”

After reassurring everyone he would be just fine, Pitt went on to get into a bidding war in the auction portion at the event for a Fender guitar signed by the night’s performers, all of whom have autism, and won the guitar after offering up $23,000.

Pitt was one of many celebrities to appear at the event for a great cause including Christina Applegate and Gary Cole while Jack Black served as the emcee for the night.

Also Check Out: 10 Things You Didn’t Know About Brad Pitt