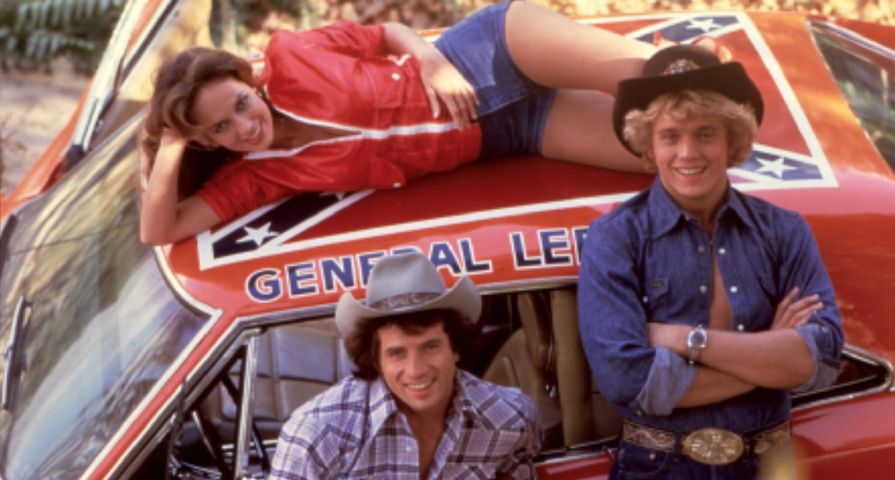 After the tragic shooting on June 17, in Charleston, South Carolina, the Confederate flag became a hot topic once again because the shooter was a known fan of the Confederacy.

As a result of the controversy, many retailers have stopped selling the flag and others have taken up the call to have it banned or removed all together because of its racist roots. Now the drama is trickling into classic TV shows.

Dukes of Hazzard is a well known show that ran from 1979 to 1985. While the car they drove, the General Lee, is an icon to that generation, the fact that it has a large Confederate flag painted on its top has caused TV Land to stop airing  reruns the show and Warner Bros. has announced they will no longer license models of the car with the flag on it.

Now, one of the show’s lead stars John Schneider, who played Bo Duke on the popular series, is speaking out about the backlash the show is receiving in an interview with The Hollywood Reporter.

“I take exception to those who say that the flag on the General Lee should always be considered a symbol of racism. Is the flag used as such in other applications? Yes, but certainly not on the Dukes. If the flag was a symbol of racism, then Bo and Luke and Daisy and Uncle Jesse were a pack of wild racists and that could not be further from the truth.”

He continued his defense of the show by stating, “The Dukes of Hazzard was and is no more a show seated in racism than Breaking Bad was a show seated in reality […] Come on, TV Land, can’t we all just watch TV?”