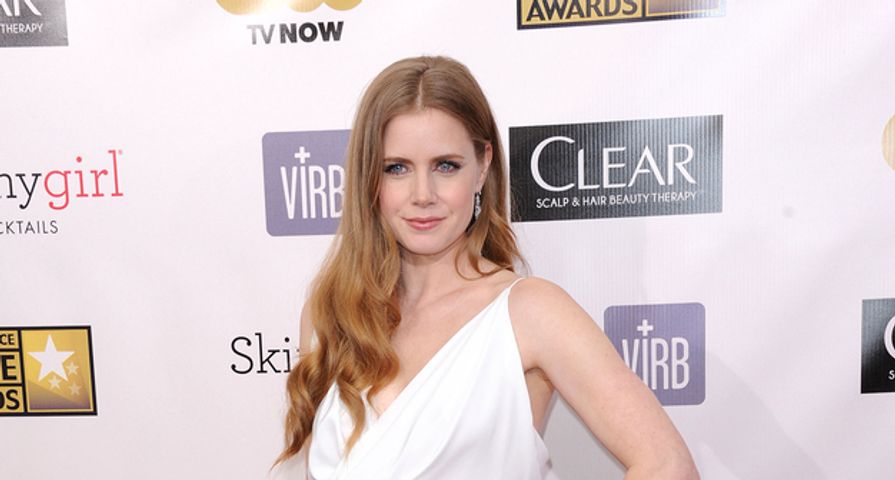 For those unfamiliar with the Margaret Keane story, Big Eyes will come as a wonderful, holiday surprise.

It is a treat to see Tim Burton venture into the realm of biopics, and considering his panache for oddities within storytelling, he found the perfect vehicle in telling the true story of iconic artist Margaret Keane.

Is it possible to review such a film without spoiling anything and everything? It depends on audience perspective. And in this case, audience understanding while snuggling down into that cozy theater seat on Christmas. Read ahead for some clues, some real life spoilage but the promise of tight lips when it comes to all things related to Big Eyes‘ point A to point B.

When you look at the poster, and see the billing, it’s odd to imagine the coupling of Amy Adams and Christoph Waltz. And that oddity presents a strange approach to perfection in Big Eyes. Romances don’t get more odd, nor become as oddly disturbing as that of Margaret and Walter Keane. The on screen couple offer a delectable translation of the real life couple.

For a decade, Margaret Keane painted portraits that became iconoclast in the 1950s and 1960s, and for years, she signed them “Keane,” only to have her husband, Walter, market them as his own work. For most, this is common knowledge, but the story of how it unfolds was as well guarded as Walter’s scheme and scam.

To his death, Walter Keane continued to claim the big eyed paintings as his own. As good fortune would have it, Margaret lives on today, and continues to paint daily.

Considering The Nuts and Bolts

Pulling Tim Burton away from his recent reliance on animation was a stellar move by The Weinstein Company. Surely, Burton was ready to shake off some successes and failures, and get back to telling a story for which he was primed.

Partnering with virtuoso cinematographer, Bruno Delbonnel (Amelie, Inside Llewyn Davis) the era is put on display in magnificent splendor. It was a little saddening to see their opting for hi-res digital over film, because something was lost. It’s missing the mystique film stock continuously offers period pieces. (Compare it to Todd Haynes’ Far From Heaven (2002), or even AMC’s Mad Men to see the difference of the same era capture on film.) A perfect example is Paul Thomas Anderson’s recently released, Inherent Vice. 1970 has never looked better, and it still looks like 1970. But I digress.

Regarding the lead performances in Big Eyes: Is there another actress as genuinely lovable as Amy Adams? And Christoph Waltz: An actor who can be despicably loathsome, and as charming as a curious child. It works well–a volatile chemistry that looks safe to the touch. Adams displays an inherent strength as Keane, and offers compassion that is so rich it becomes her greatest strength and weakness. Reading one interview with the real Margaret Keane, and it’s easy to see that Adams was true to form.

Waltz brings his typical flair to the role of Walter Keane. Slightly absurd. Dripping with charisma. A salesman of salesmen. A liar, cheat and thief. He is a fellow who sat on the top of the world as a beloved American artist, then watched it all crumble as he became one of America’s most notorious plagiarists. It is utterly enjoyable to watch him squirm.

Big Eyes strays from the biographical account in a few ways (not really showing the first time Walter passed off Margaret’s work as his own in NYC), but hammers the nail of truth with the climax of the picture. A true life oddity that is stranger than fiction.