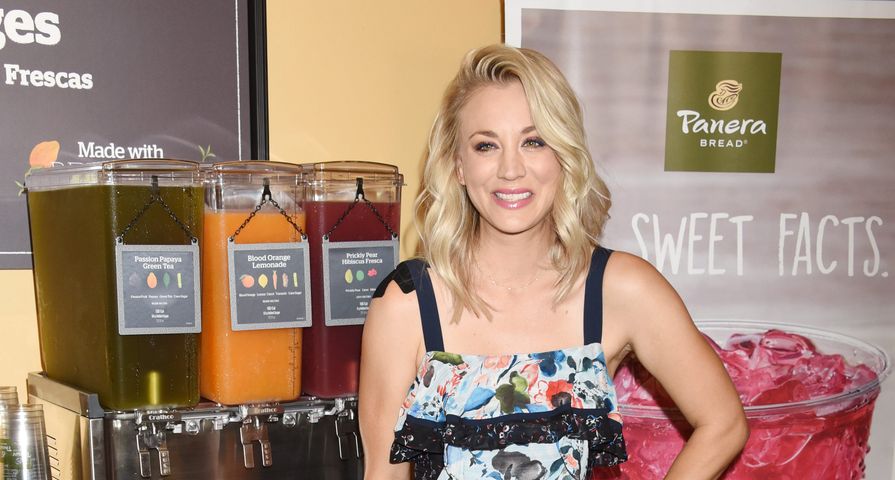 While appearing on Jimmy Kimmel Live, The Big Bang Theory star Kaley Cuoco opened up to Jimmy Kimmel about an awkward incident she had with a TSA agent for packing two wine openers.

Cuoco began the story by revealing that her boyfriend Karl Cook always gets searched and patted down by airport security. She continued by admitting on their summer vacation to Australia, it was Cuoco who was stopped and asked about her bag. I was “thinking I’m going to get a compliment on my purse,” she joked.

Unfortunately, Cuoco wasn’t stopped to be asked about a designer, but rather because of the wine opener in her bag. “Like the arms one, like a Rabbit,” she told the host, “and I was like, ‘Oh my God!’ That’s a weapon.”

Cuoco continued by explaining that the TSA agent proceeded to search her other bags and found a second wine opener in her makeup bag. “She, like, takes it out and I’m like, oh my God, I’m going to be on a no-fly list,” she explained.

The TSA agent proceeded to tell Cuoco that she isn’t allowed to have a wine opener on the plane and the actress defended herself in a straightforward manner, saying she is a “big drinker” and adding, “Here’s the thing,” she said to the agent, “I just like alcohol and, apparently, I needed to be very prepared.”

To hear Cuoco tell the hilarious story herself, watch the video below: