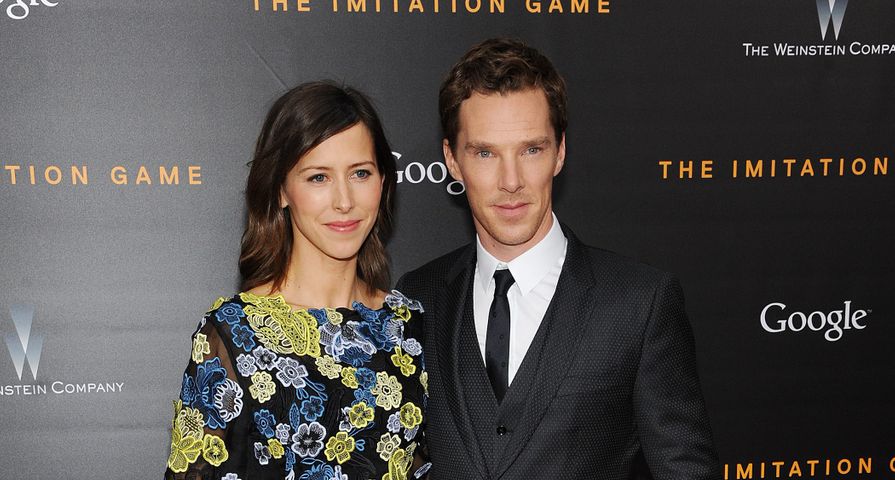 When Benedict Cumberbatch, 38, isn’t making fans cry with the news of his engagement to Sophie Hunter, he is making them cry with laughter on The Tonight Show with host Jimmy Fallon.

As usual, an appearance on the show always means playing an interesting and hilarious game with Fallon.

In a new game called “Three Word Stories” on Monday November 18, the two aim to tell a story together by only speaking three words at a time.

The catch however, is that in each round one of them has to get the other to say a specific word they picked from a stack of cards.

Fallon’s first round was surprisingly easy, getting Cumberbatch to say “unicorn” really quickly.

Unfortunately for the gentlemanly Benedict his word was “booty” leading to a hilarious three word story involving Kim Kardashian’s bottom.

It was all business for Cumberbatch the night before though as he attended the premiere of his newest film, The Imitation Game, in New York City.

He attended the premiere with his new fiancée  in their first red carpet event since the big announcement on November 5.

The Imitation Game is already creating Oscar buzz and even won four awards at The Hollywood Film Awards on Friday November 14, with Cumberbatch taking home the win for Leading Actor.

Check out Benedict Cumberbatch’s hilarious segment with Fallon below!