Ben Affleck and Jennifer Garner Wow At The 2014 SAG Awards! 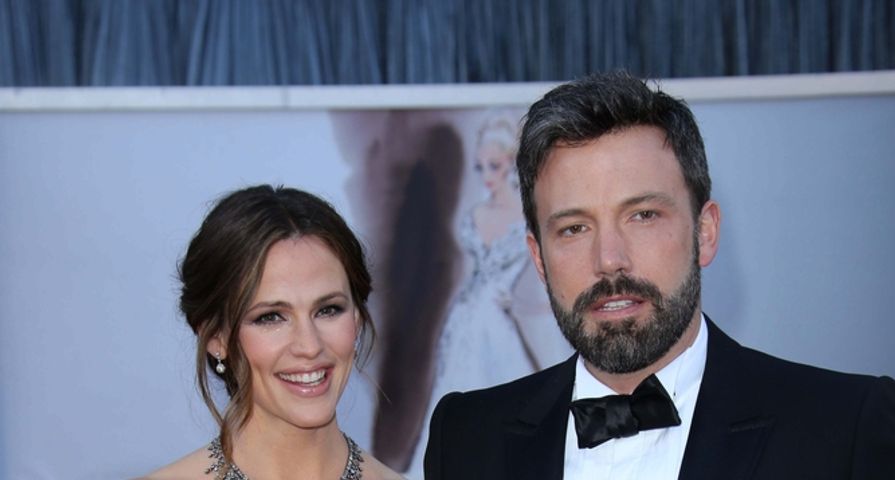 Last year, Ben Affleck was the toast of the town for his award-winning Argo – but this year, his wife gets to take the spotlight.

Jennifer Garner acted in the acclaimed awards darling Dallas Buyers Club, alongside Matthew McConaughey and Jared Leto, both of whom won Golden Globes for their performances.

This past weekend, Jen and Ben hit the red carpet for the Screen Actors Guild Awards, where she was nominated alongside her costars for Best Performance By a Cast in a Motion Picture.

“This truly was a hidden part of our history,” Jen said about the film last year. “But I loved watching the puzzle pieces getting put together. And I have so much respect, a whole new amount of respect for the medical minds in our country who are working on diseases.”

Jen donned a custom Max Mara gown, romantic updo and large earrings for the event. Inside, she and her hubby met up with his longtime best from Matt Damon; both men looked dapper in black tuxedos.  Check out the video to see Jen’s red carpet style, and to see which movie won the ensemble SAG award!

Ben and Jen, who weren’t shy about PDA at the awards show, were also spotted chatting with McConaguhey and his wife, Camila Alves.

After the show, Ben and Jen were seen holding hands at the Chateau Marmont. Adorable!