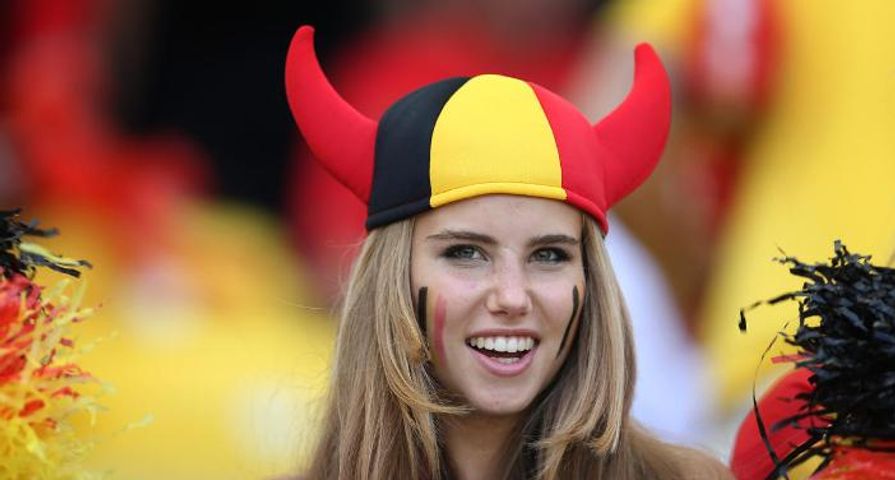 She was so close–so close to cracking into club celebrity. The adorably cute Belgian soccer fan whose photo went viral after cheering for her native Belgium in the World Cup, caught the eye of the fine folks at L’Oreal. They were so intrigued by her natural beauty, they contacted her and offered her a social media campaign after a quick chit-chat.

Well. That deal lasted as long as it took to do a little Internet sleuthing. It seems this 17 year old hasn’t been primed for politically correct behavior in 2014, and we all know that the asinine double-speak hypocrisy of the American public sets the standard when it comes to things you can and cannot do.

What did she do? Well. You’ll have to check out the video below. It is necessary to see and read what this terrible, terrible person said via social media. (The prior sentence is dripping with sarcasm. If you didn’t get that, you can read it again with the appropriate tone.)

This photo and caption was put on display for the world, and L’Oreal got hammered via social media. After receiving so many complaints about the young, almost-model, L’Oreal gave her a buzz to tell her know that the deal was off.

We should probably refer to this young woman a name. Axelle Despiegelaere. She took down the picture, and the post that stirred up so much faux-controversy. If L’Oreal would have simply ignored the “backlash,” they company would have quickly figured that everyone forgot as soon as they offered their two cents on the issue.

Check out the video below to see how everything went down.