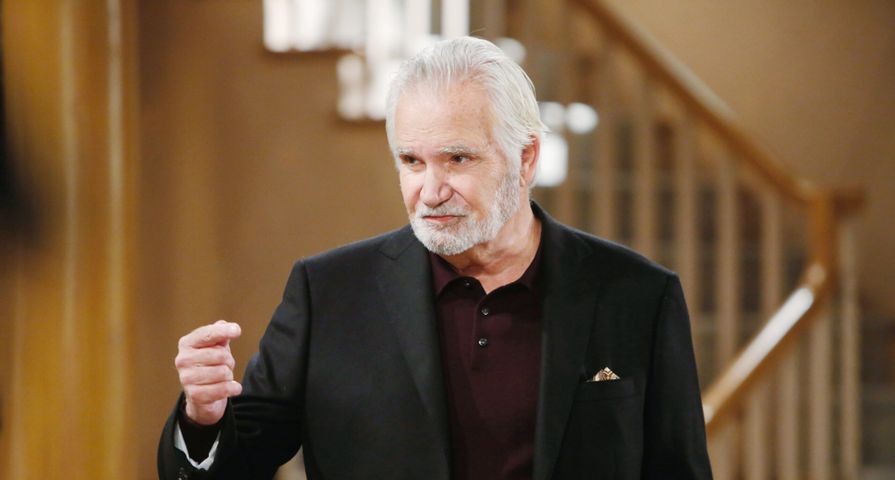 As first reported by Soap Opera Digest, the veteran actor will showcase his Bold and the Beautiful character, Eric Forrester, on The Young and the Restless — but that doesn’t mean he’ll be travelling to Genoa City.

“It’s about Sally coming to L.A. to visit Eric but it was shot on Y&R’s balcony,” McCook explained. “They put up a very nice limbo kind of set that’s supposed to be an outdoor patio at Forrester Creations.”

“That meant sharing scenes with Courtney [Hope, who portrays Sally], who used to be on B&B for years, so it wasn’t like I was working with someone new or who identified as Y&R.”

Despite being on the Y&R set, it’s a shame that Eric Forrester didn’t get a chance to enter the canvas and cross paths with other Genoa City residents. Then again, McCook relished at the opportunity to trade lines with an old cast-mate.

“Courtney is a sweet, wonderful girl, who’s very conscientious,” he added. “I really enjoyed working with her again.”

McCook, who began his daytime drama career with Y&R in 1976 (as Lance Prentiss), is avid in his hopes that both soaps explore more crossover potential.

“I think crossing over is a wonderful wrinkle for us to do as much as possible,” he said, noting that the relationship between sister soaps has been strengthened in recent years.

“It wasn’t too long ago that Don Diamont [Bill on B&B; Brad on Y&R] crossed over to Y&R, which was his old stomping grounds, and Hunter King [Summer] came over to our show for a couple of days.”

“It’s really a unique way for these two soaps to connect across the country,” he summed up.

After their initial meeting on the patio, Sally Spectra and Eric Forrester will share further scenes via video calls. Expect those Y&R scenes to air on June 14th, 16th and 17th.