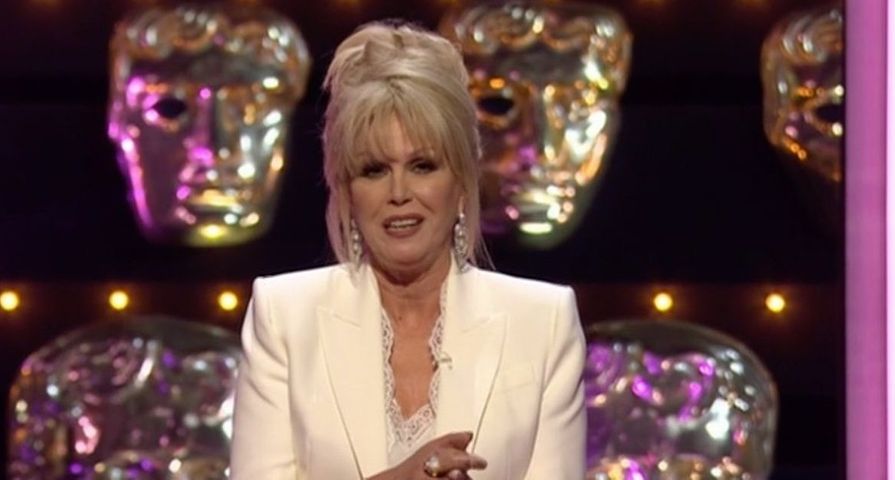 The 2019 British Academy Film Awards already stirred up controversy before the first award could even be handed out.

Host Joanna Lumley took to the stage in the award show’s opening moments to welcome the celebrity guests and viewers at home with what seems to be a very ill-advised opening monologue. Lumley started out with a joke that was received well as she pointed out that Bradley Cooper had been nominated for five awards that night as she added, “That means he’s a multi-talented human, although it does also probably mean he needs to learn to delegate.”

From there however, her jokes started falling flat and the awkward looks on the audience members face made the whole thing almost difficult to watch, but it only got worse when she offered up a bit drawing attention to the film BlacKkKlansman. “It’s an incredible film. It’s already won many awards, although to be honest I’m surprised it did so well at the Klan Film Festival,” Lumley quipped as many of the audience remained shocked and no one laughed.

Although nearly the entire monologue was awkward, it was the BlacKkKlansman joke that enraged viewers, while others tried to give Lumley the benefit of the doubt and instead blamed her scriptwriters for producing such a controversial and overall disappointing piece for the host. “Just watched a bit of the BAFTAs. You’d think with all the experience the academy has to hand it could find someone capable of writing a decent script for Joanna Lumley,” one Twitter user wrote.

Another added, “Whoever’s written Joanna Lumley’s jokes has thrown her under the bus, got in the bus and driven it right over her. Twice. #Bafta #Bafta2019.”