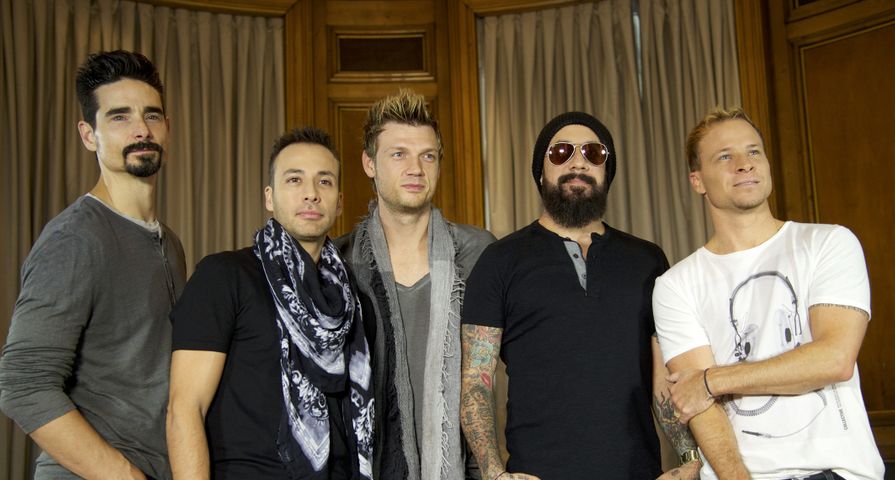 The entertainment industry is very fickle, some make it, some don’t and some only make it for fifteen minutes, and while we all know the lyrics to the Backstreet Boys’ biggest hits, they guys are reminding the world they are still music makers in a documentary that follows them on their reunion tour.

A trailer for the documentary, Backstreet Boys: Show ‘Em What You’re Made Of debuted on Wednesday December 17 and it looks like it will definitely reel fans into watching and reminiscing about their teen days.

The trailer opens with Brian Littrell, now 39 years old, speaking over images of the boys back in their prime performing to huge, screaming crowds saying, “From 1999-2002 we were the biggest band in the world. No one thought it was going to be as big as it was, then it just stopped. And what are you going to do when you’re a full-grown man in a boy band?”

While the guys have aged, they never really gave up on the band and released albums sporadically long after their worldwide popularity had dwindled and so the guys AJ McLean, 36, Howie Dorough, 41, Nick Carter, 34, Kevin Richardson, 43, and Littrell came together once again in 2013 for their album”A World Like This” and a world tour which they filmed the documentary throughout.

The guys left girlfriends and families behind and rejoined in London, England as Europe is where their stardom really began and created an album 20 years after they started the band in 1993.

The guys are seen on camera talking about their start when, in America, there was “no room” for them on radio that was playing music by Nirvana. They joked about how hitting it big in Europe wasn’t taken seriously as their first album that sold millions of copies there wasn’t even released in America.

“And you’re telling your friends and family, ‘Yeah we’re huge in Europe,’ (laughs) ‘Really?'” Kevin Richardson joked about reactions to their initial stardom.

The documentary will be available on iTunes on January 30, 2015.

Check out the Backstreet Boys trailer below!