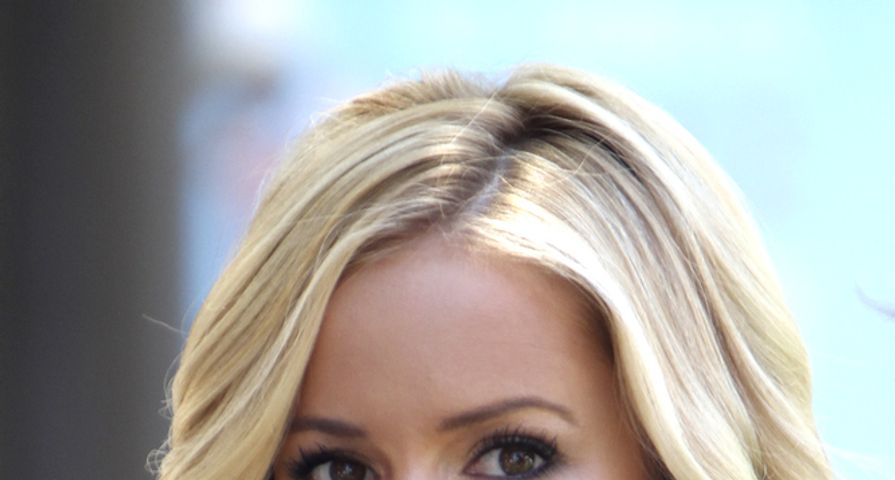 Emily Maynard is engaged– and she’s got a unusual take on the engagement ring!

The former star of The Bachelorette was spotted out and about in North Carolina, bundled up in a bulky, sweater, leggings and black boots. But we’re not looking at her outfit – we’re checking out the multiple silver bands on her ring finger.

For Emily, this is engagement #4 — and this time, she’s eschewing tradition with five diamond-studded bands instead of a solitaire. Check out the video to see a close-up pic of her many engagement rings!

Emily’s consultant boyfriend Tyler Johnson proposed last Saturday. They actually met a few months before she was on The Bachelorette, but reportedly didn’t start dating until after she broke up with contestant Jef Hom.

“We’re really excited!!” Maynard gushed, including her daughter, Ricki, in the happy news. “He proposed to me at home and gave both Ricki and me rings. It was so sweet! Ricki loves him more than she likes me!”

Emily also shared a photo of Tyler and her on her Instagram account on New Year’s Eve, along with the caption, “It’s going to be a good year.”

There’s no word yet on a wedding date, but Emily says there’s “No point in waiting!”

Check out the video to see the ring: