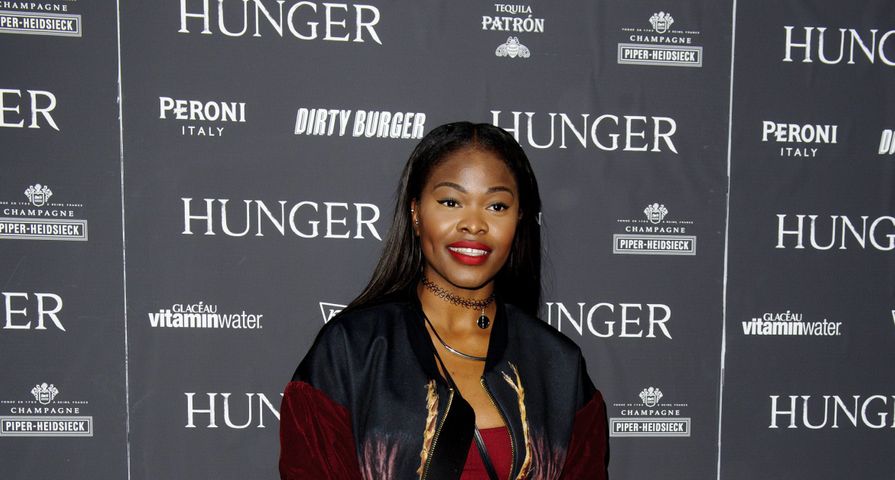 Azealia Banks is no stranger to confrontation, in fact the singer seems to thrive off of it given her penchant for going on social media tirades and getting in feuds with other celebrities.

Now she has been caught on tape going on a real life rant, which included yelling homophobic slurs at a Delta flight attendant. In the video posted by TMZ, Banks can be heard yelling, “Give me my bag!” and struggling with a flight attendant for her luggage while trying to get off the plane.

According to TMZ, the whole altercation started when a couple blocked Banks from getting off the flight as they pulled their own luggage down and when she tried to put past, the man put his hand in her face. A witness said that Banks then spit in the man’s face and took a swing at his face and clawed at his shirt, and that is why the flight attendant tried to detain her by grabbing her luggage. As the struggle continued, a co-pilot intervened and that is when she can be heard yelling, “f–king f—ot” at the attendant.

She apparently then ran while dropping her cell phone, but police caught up with her at baggage claim where she stated that the man actually hit her in the face and that’s why she freaked out: “I don’t tolerate b–chassness and I don’t tolerate men putting their hands on me.”

She then took to social media to talk about the incident, writing, “Cause yall KNOW, that they would’ve politely handed a white woman her bags and a spritzer. #whatever.” Then seemingly replying to the backlash she received for using a homophobic slur, Banks apparently thinks she gets a pass using it because, “I am bisexual. My brother is trans. My employees are all gay men. Nothing else to say.”