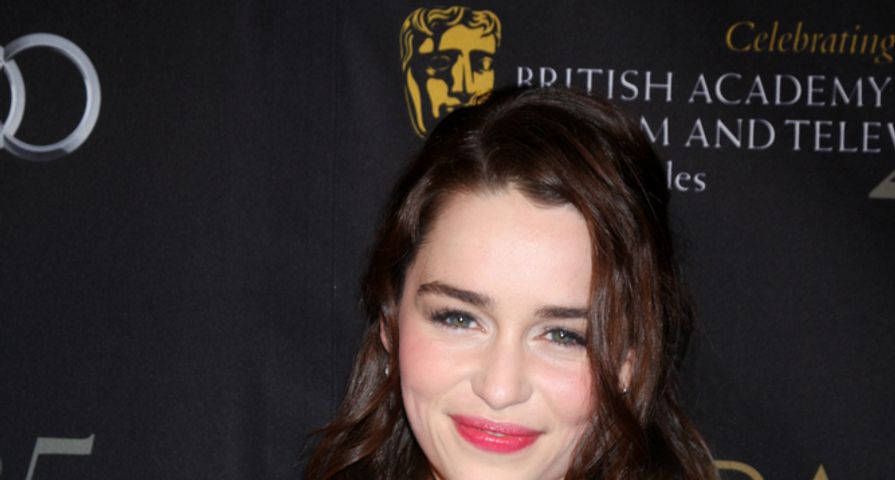 There is no doubting the attraction and rising star power of #1. And if you were to venture a guess you’d say…? Miley Cyrus? You are absolutely incorrect. Miley did make the list, but the editorial staff at Ask Men were so disappointed to see that fans voted her into the mix that they dropped her to #99. You can pocket that as a footnote, because here’s what you really want to know:

#1 is none other than Emilia Clarke.

“Five foot two, eyes of blue, but oh, what those five foot could do! Has anybody seen my gal!?”

Who would have known that the song so popular in the 1920s was about a Brit who would rise to prominence as we pushed toward the 2020s? And yes. It is about her. Proof that time travel exists. Don’t bother arguing.

The 26 year old, Game of Thrones beauty walked away with the top-spot. It seems her slick combination of talent, beauty and intelligence was a perfect combo for any man who appreciates aesthetic beauty, and with that statement, let’s just get it all out there… she walked away with the Dungeons and Dragons nerd vote. If you’re not familiar, you should check out the white-blonde Clarke on Game of Thrones, and keep your eyes peeled for her as Sarah Connor in Terminator: Genesis in 2015.

Wanna see if your favorite gal made the list? Check out the video below.