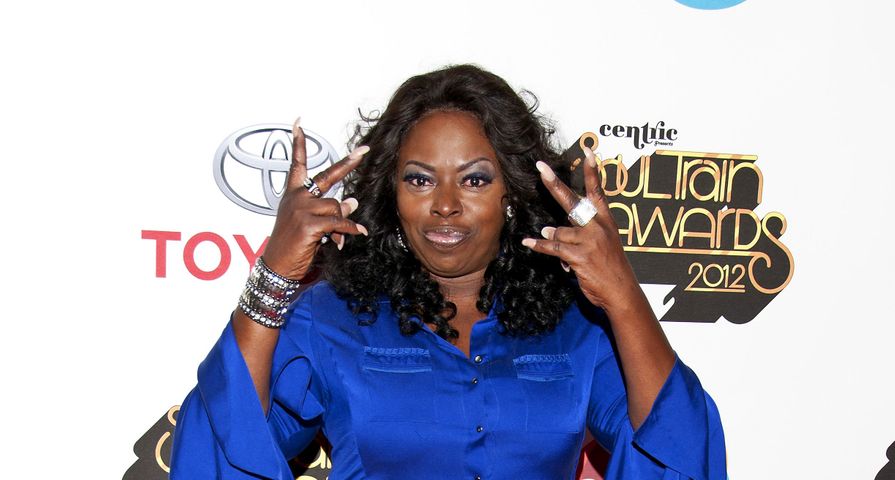 Singer Angie Stone was arrested after she allegedly hit her daughter and threw a metal jewelry stand at her face, police said.

According to People Magazine, the Grammy-nominated musician, 53, punched her 30 year-old daughter Diamond in the face and hit her with a metal stand around 9:30 pm in Lithonia, Georgia. The blow reportedly knocked out several of Diamond’s front teeth.

TMZ reports that Diamond’s teeth were already rotting before the incident, but that Diamond said,  “It don’t matter if my teeth were rotten or not … I could have gotten a root canal, but she finished the job.”

Diamond told police that her mother came into her room and told her that she needed to clean up and “get her children since they were running around the house half naked.”

When Diamond told her mother to leave, the altercation became violent. Diamond said that Angie punched her in the face and hit her with a metal jewelry stand. When Angie realized she had hit Diamond with the metal stand, she put it away and tried to get away from her.

Both Angie and Diamond were taken to DeKalb County Police headquarters. Diamond was not charged, but Angie was arrested for domestic aggravated assault.