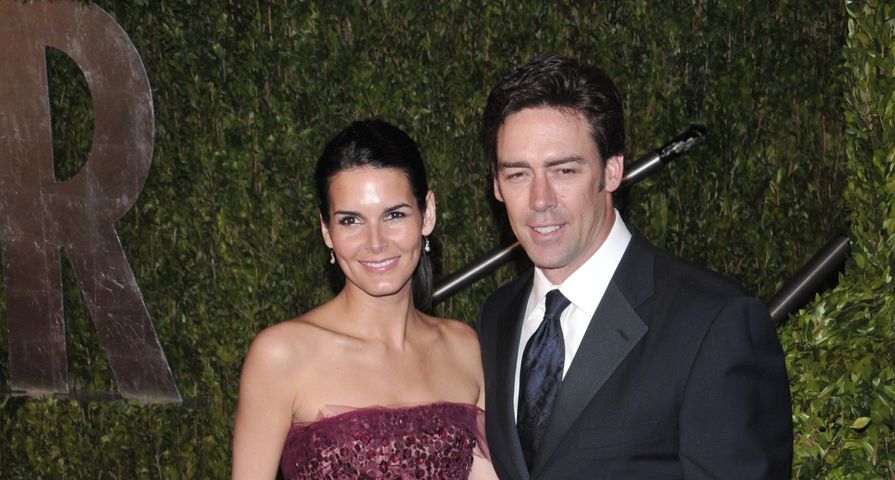 After 13 years of marriage, 42-year old actress Angie Harmon and her ex-NFL player husband, Jason Sehorn, 43, have decided to separate.

A rep for the Rizzoli & Isles star released a statement saying, “For the sake of their children, they ask for respect and privacy as they navigate this time in their lives.”

The couple became engaged in 1998 very publicly, during an  episode of The Tonight Show with Jay Leno.

Leno called Sehorn out as a surprise guest while interviewing Harmon and Sehorn got down on one knee and proposed right there, in front of an audience that included Harmon’s father.

One of the main difficulties in the marriage was the distance between Harmon’s shooting location of Los Angeles and where her family lives in Charlotte, North Carolina.

“You have to be really considerate of each other, really kind to each other. It’s a lot of work, really,” the actress told Your Tango about the strain of distance in a marriage.

Harmon and Sehorn are remaining amicable and are trying to make the transition as simple as possible for their family, while Harmon who is a devout Christian, also relies heavily on her faith to get her through this time.