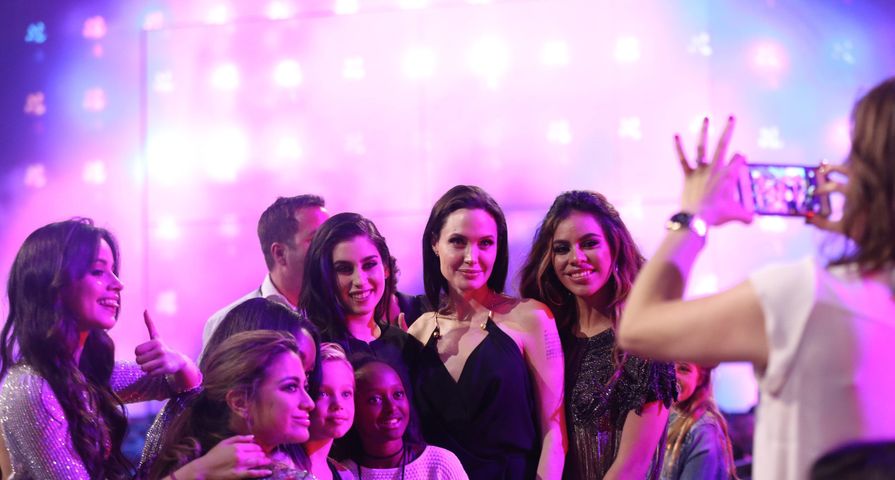 In a rare awards show appearance, Angelina Jolie’s eldest daughters Shiloh and Zahara joined their mom at the Nickelodeon Kids’ Choice Awards, where the 39 year-old actress won the award for favorite movie villain for her role in Maleficent.

The trio were seen hugging and laughing throughout the show. Check out the video to see them all together!

Their big family night out marks Angelina’s first public appearance since publishing a brave New York Times op-ed about her preventative ovarian cancer surgery. Shiloh is getting used to the spotlight, though; she was also seen on the red carpet of Angelina’s movie Unbroken back in December, alongside dad Brad Pitt and her brothers Maddox and Pax.

In her acceptance speech, Angelina encouraged kids everywhere to celebrate their differences.

“When I was little, like Maleficent, I was told that I was different. And I felt out of place — too loud, too full of fire, never good at sitting still, never good at fitting in,” she told the excited crowd.

She continued: “And, then one day I realized something, something that I hope you all realize: Different is good. And, as your villain, I would also say cause a little trouble — it’s good for you.”