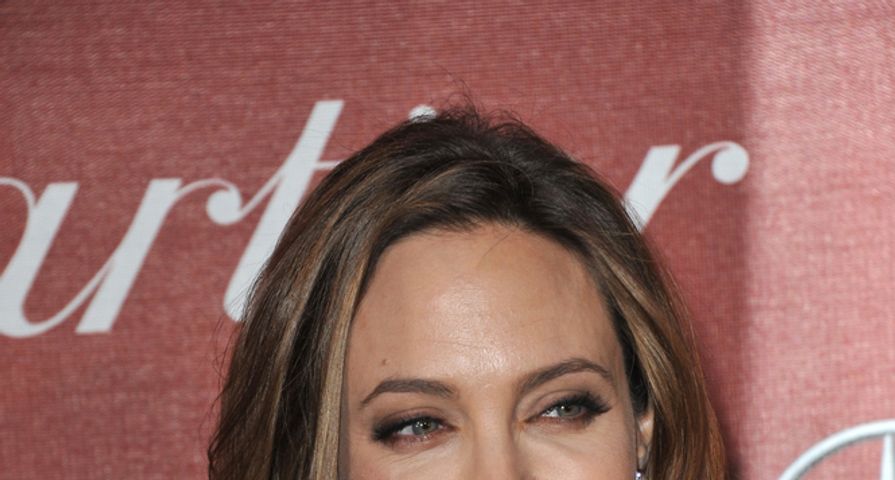 On Friday October 10, Hollywood superstar Angelina Jolie was honored by none other then the Queen of England.

Jolie, who is newly married to long time partner Brad Pitt was welcomed into Buckingham Palace along with Pitt and their six children to receive her accolades.

Queen Elizabeth II made Jolie an honorary dame for her work to fight sexual violence and for her services to U.K. foreign policy.

While it is a huge honor, the star can’t officially be addressed as ‘dame’ in the U.K. because she is a foreign citizen.

Her Royal Majesty and the celebrated actress met in the Palace’s 1844 Room where she was presented with what is officially called an Honorary Dame Grand Cross of the Most Distinguished Order of St. Michael and St. George.

This honor is the equivalent to a knighthood for females and is the highest honor bestowed upon a citizen of the British Empire.

Jolie couldn’t have been more honored stating, “To receive an honor related to foreign policy means a great deal to me, as it is what I wish to dedicate my working life to. I know that succeeding in our goals will take a lifetime, and I am dedicated to it for all of mine.”

Jolie works as a U.N. Special Envoy and co-founded the Preventing Sexual Violence Initiative (PSVI) whose goal is to increase international prosecutions for sexual violence as well as to support all countries in preventing and responding to the issue.

The whole family was very excited to visit Buckingham Palace.

Both stars took time out of their very tight schedules filming By the Sea in order to ensure they could attend the very important occasion.

Also Check Out: 10 Stars Who Are Related To Royalty