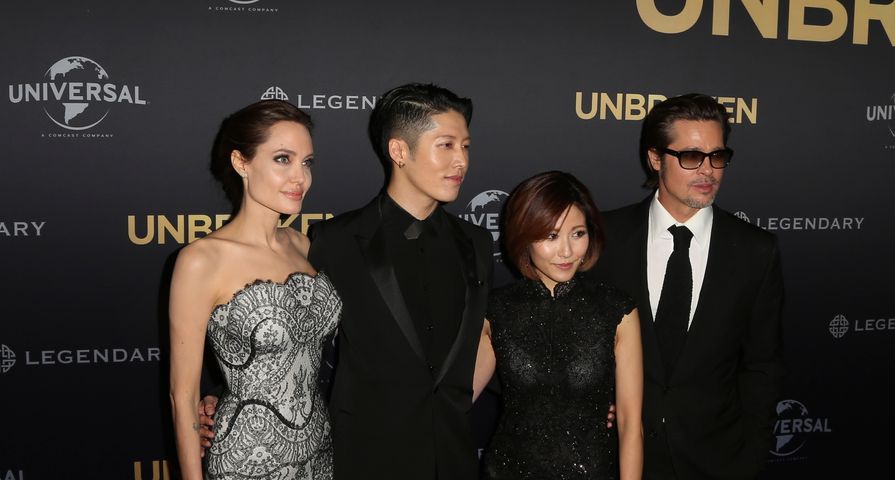 Although Brad Pitt and Angelina Jolie have now been together for 10 years and share six children, they only have been officially married for nearly three months.

On Monday November 17, Jolie and Pitt attended their first Hollywood event as a married couple for the premiere of her new war film, Unbroken, in Sydney, Australia.

Pitt flew into Australia to be by his wife’s side for the event, both looking stunning as ever.

Jolie, who is known for her almost all black wardrobe, mixed things up with a beautiful black and white lace dress, while Brad kept it classic with a suit and tie.

For this film, Jolie stepped out of the spotlight to once again show off her directing skills in the film based on the life of Louis Zamperini, an Olympian tuned soldier in WWII.

Prior to her film’s debut, Jolie attended the Hollywood Film Awards on Friday November 14 where she presented Unbroken star, Jack O’Connell, with the New Hollywood Award.

“Angelina, my esteemed boss, and good friend, her ladyship, through whose unconditional support and dedicated leadership I was capable of portraying our hero under her captaincy. So Angelina, thank you,” O’Connell stated to Jolie as he accepted his award.