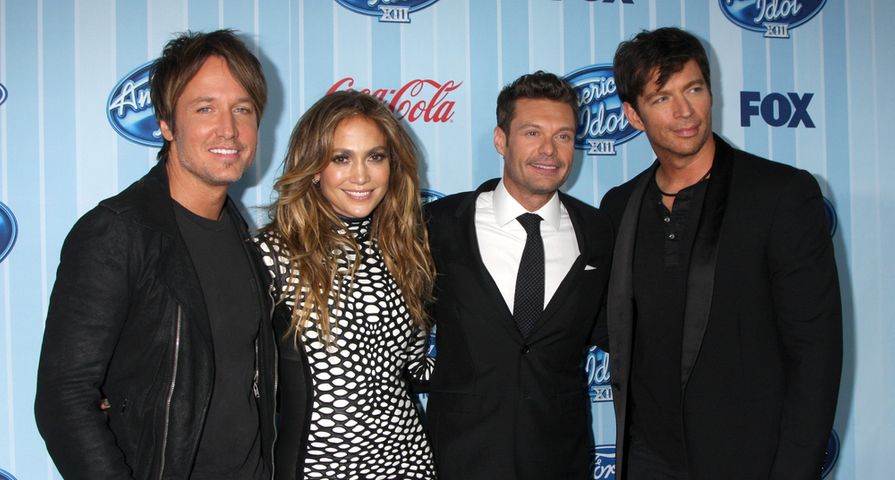 Caleb or Jena? Jena or Caleb? The votes came in droves on Tuesday night, wrangled by Fox Broadcasting and delivered on Wednesday night to the folks who still just can’t get enough of American Idol. The winner of the 2014 version of the long-running show…

Caleb was the first hard-rockin’, heavy metal singer to win the crown of American Idol. Ryan Seacrest referred to it as a surprise after the show, as did several publications. Why? Who knows? How can we say anything is a surprise anymore on these shows?

Congrats to Caleb. With the right band, he might make some headway in the industry. Sadly, he might also go the way of his predecessors such as Taylor Hicks and Kris Allen, performing at a variety of State Fairs, and odd festivals. Hey, if you’re making money making music, you’re a winner–bottom line.

The true sadness of Season XIII, is the fact that the show has lost all of its mojo. It’s old hat. The excitement of conquering the world has left the building. After winning last night, Caleb seemed to be hit with a ton of bricks: “Well, is this gonna last for 15 minutes or the next 50 years…?” as opposed to the weightlessness of past winners such as Kelly Clarkson, and pre-weight-loss Ruben Studdard. Heck, even Justin Guarini thought he’d hit it big after Season 1. Ah, those were the days.

The victory of American Idol has been in those who have achieved incredibly impressive success after being “discovered” by the show, and it’s loyal audience. Carrie Underwood? Jennifer Hudson? The show has given us A-listers.

And who can say what’s next for Season XIV? Could it be the last?

To see the pinnacle of the 2014 season, check out the video below!

Also Check Out: Forbes: The 10 Top-Earning American Idol Alumni For 2013!