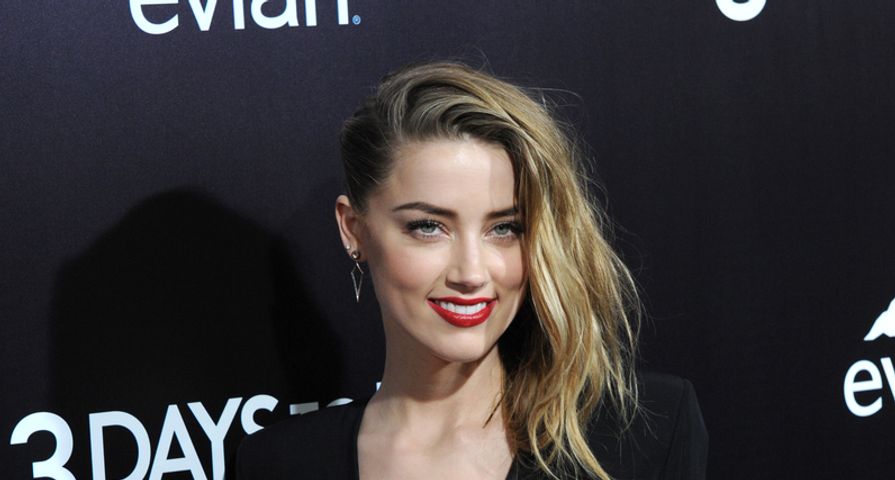 In a surprising new report, Amber Heard has been on the other side of domestic abuse allegations.

According to law enforcement documents obtained by TMZ, Heard was arrested on September 14, 2009 after she hurt her former girlfriend, Tasya van Ree. The couple got into an argument at the Seattle-Tacoma International Airport when Heard allegedly pulled and hit van Ree’s arm. The incident prompted police to be contacted and led to Heard’s arrest for misdemeanor domestic violence.

The following day Heard attended court where the judge told her the prosecutor would not move ahead with the case. While the reason behind this decision has not been confirmed, sources in TMZ say it’s because both women resided in California. Heard was also informed that the case may be reconsidered within the 2-year statute of limitations.

Meanwhile, there’s also more public support for Heard’s claims of domestic abuse against her husband Johnny Depp. Heard’s friend, iO Tillett Wright, was upset with a TMZ article posted yesterday that questioned Heard’s legitimacy about being struck in the face by Depp. The report says that a neighbor spoke with 2 of the building’s concierges who claim that Heard appeared “bruise-free.”

Wright took to Twitter to defend Heard in a series of posts. Wright wrote, “BULLSH–. I’ve had enough. I saw the bruises. Many times. And the fat lip. And the cut head…How much evidence does a woman need to present?! She has photos, texts, witnesses, and filed a restraining order.”

Wright also criticized the sources that contacted TMZ and said they contribute to the culture of ‘victim blaming.’ The friend wrote, “But no…a neighbor asked a doorman and talked to TMZ and THAT is headline news and serves as “evidence”?! Dear neighbor – SHAME ON YOU…This culture of victim blaming makes me sick. I’m a witness. I’m here. I’m standing up. I can’t take any more of this witch hunt.”

Wright concludes, “I was on the f–king phone when he hit her. I HEARD HER SCREAM. I will testify. Here and in court. Under oath. WHAT ELSE DOES A WOMAN NEED?”

In her court declaration, Heard cites Wright’s involvement during one of her altercations with Depp. The actress stated that Depp “ripped the cell phone from my hand and began screaming profanities and insults at iO. I heard iO yell at me to get out of the house. Johnny then grabbed the cell phone, wound up his [sic] arm like a baseball pitcher and threw the cell phone at me striking my cheek and eye with great force.”

Neither Heard’s nor Depp’s lawyers have responded to these new reports.