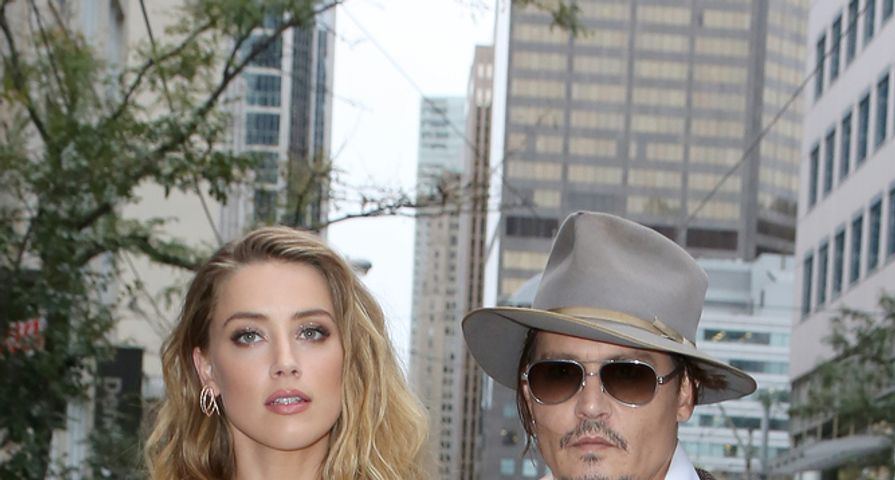 Amber Heard is firing back against a recent article in The Wrap that alleges she’s blackmailing Johnny Depp.

On May 29, The Wrap published a guest column by comedian Doug Stanhope that claims Heard manipulated Depp and fabricated her claims of domestic abuse. Stanhope, who is a friend of Depp’s, says he and his wife were at Depp’s home the day of the alleged assault. During their visit, Depp talked to them about his martial troubles. “He opened up in the most vulnerable of ways that it was not only his mother, but that Amber was now going to leave him, threatening to lie about him publicly in any and every possible duplicitous way if he didn’t agree to her terms,” Stanhope writes. “Blackmail is what I would imagine other people might put it, including the manner in which he is now being vilified.”

Heard denies she’s blackmailing her husband. According to Heard’s lawyer Peter Sample, the “allegations against Ms. Heard are absolutely and unequivocally false,” and argues that Stanhope’s claim “has no basis in reality and is nothing but the typical celebrity muckraking for profit.” The lawyer demands that Stanhope’s article be retracted. “It is highly offensive and disturbing that you would choose to publish it in the first place,” he stated. The Wrap is currently seeking legal counsel before making a formal response.

Heard requested a restraining order from Depp on May 27, citing domestic abuse. The court granted her the order that requires Depp to stay at least 100 yards away from Heard.