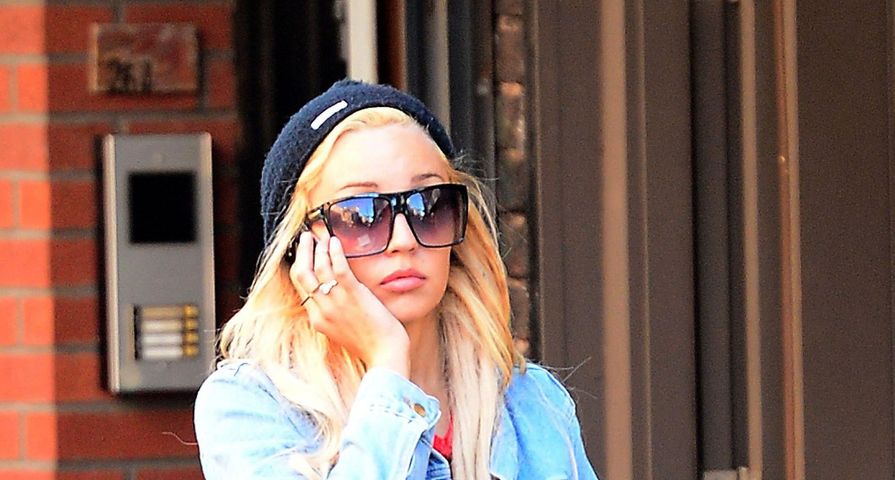 Back in the fall former teen star Amanda Bynes, 28, was making headlines every other day after being released from her parents conservatorship and fleeing to New York where she created havoc wherever she went.

While after a year of taking medication and being cared for by her parents it seemed Bynes was on the road to recovery, all of the subsequent incidents made one thing very clear -Bynes is deeply troubled and needs help.

Bynes has since been out of the media after once again being committed to a mental health facility, however she still has legal troubles to contend with, her most recent incident being in September 2014 when she was pulled over on suspicion of a DUI.

It seems she has finally caught a break though as the Los Angeles City Attorney’s Office has decided not to press charges against her for having adderall in her system and driving erratically in September.

While avoiding charges is definitely a win for the troubled star she isn’t in the clear yet as the matter may still be considered a probation violation stemming from her 2012 DUI when she was sentenced to three years probation.

“As you know, she is currently on probation to the Los Angeles District Attorney’s Office for a 2012 DUI out of Beverly Hills. The matter was referred yesterday. No further action [in our office] is scheduled on this matter,” a spokesperson for the City Attorney’s Office stated Thursday January 22.

Also Check Out: 5 Celebrities Who Were Placed On Psychiatric Hold