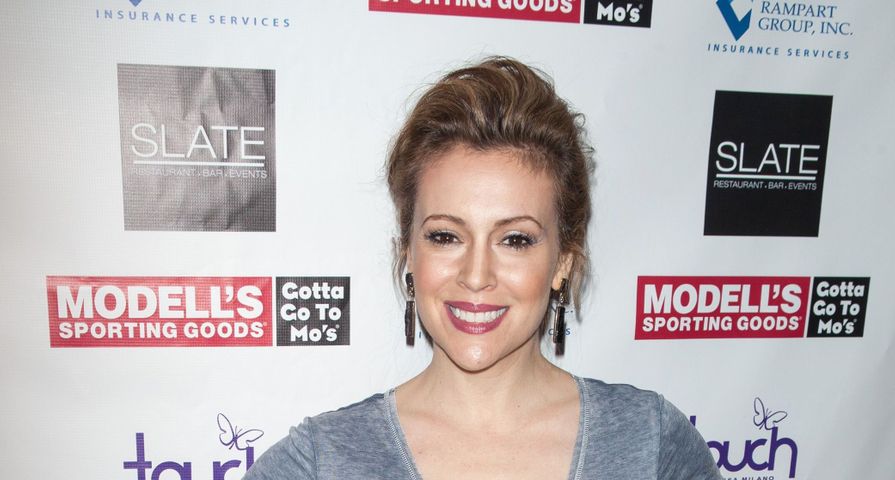 Actresss Alyssa Milano, 42, is not a happy mama right now after while travelling she had her pumped breast milk confiscated at the Heathrow Airport in London, England.

Milano welcomed her second child, Elizabella, in September 2014 and was travelling without her baby resulting in the need to pump and after difficulties with the airline, the actress took to her Twitter to display her outrage.

It seems her troubles started right away when she tweeted, “Pumping on a plane is difficult. Small FYI,” and then hours later she continued with, ” (1 of 2) @HeathrowAirport just took my pumped breast milk away. 10 ounces. Gone. Not Okay. ( 2 of 2) They said they would let the pumped milk through if I had the baby with me. Why would I need to pump if I had the baby with me????”

Heathrow Airport ended up responding to her on Twitter but she was not satisfied with their response, and in an odd coincidence she later tweeted that somewhere between leaving the airport and her destination, her other breast pump that she travels and checked for the flight with went missing.

Many mothers took to their social media to support Milano’s anger at the airport including actress Anna Paquin who wrote, “@Alyssa_Milano not every mum can breast feed w ease/at all. throwing yours away? ignorant, unacceptable, sexist #realityofbeingaworkingmum.”

After the issue went viral, Milano released a statement to People magazine stating in part, “It’s not the fault of the security in the airport; they’re following orders to keep us all safe. But I do feel it is a policy that needs thoughtful reconsideration. I’m glad this has started a dialogue. My only hope is to make things easier for moms, breastfeeding and formula feeding moms, everywhere.”