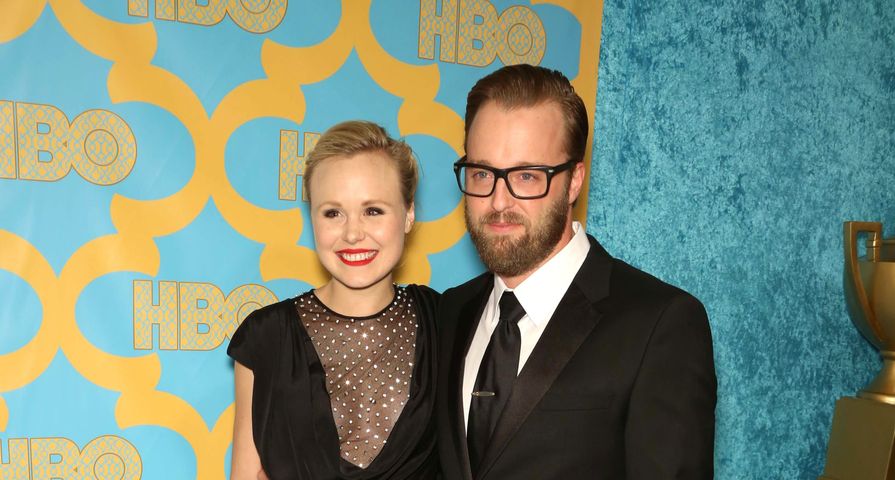 Alison Pill and Joshua Leonard have tied the knot!

The Canadian Newsroom actress, 29, and the Bates Motel star, 39, got hitched in front of friends and family in Los Angeles over the weekend.

Instead of wearing a traditional white gown, Alison chose to wear a sheer, short-sleeve yellow dress and red flower pin. She finished the look by curling her short blond hair and pinning it away from her face and putting on red lipstick.

Joshua, meanwhile, looked dapper with slicked-back hair and trimmed bears. He donned a a white shirt with a black tie and slacks.

Alison took to Instagram to share her joy about the nuptials, writing, “We’re married!!!!!!!!!!!!!!!!” along with a blissful photo of the couple with their arms around each other.

Joshua shared a photo of their first dance as a married couple, writing as a caption, “best day of my life” and “If rain won’t change your mind, let it fall…”

Alison and Joshua were only engaged for four months before getting hitched. She announced their engagement back in January, sharing a photo of her sparkling pave engagement ring and writing, “Let’s do this, 2015!!!!”