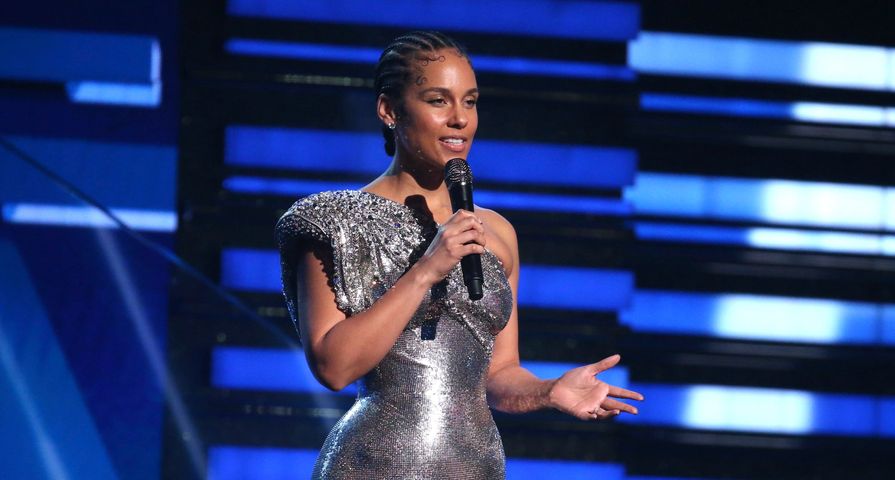 Hours after news of Kobe Bryant’s passing, the late NBA star was honored with a powerful tribute during the 62nd Grammy Awards.

On Sunday, January 26, during the awards show, singer Alicia Keys opened the 2020 Grammys to honor the 41-year-old basketball star, who passed away the morning of the awards show, which was held in the Los Angeles’ Staples Center – the arena that is home to the Lakers team that Bryant played for.

“Here we are together on music’s biggest night celebrating the artists that do it best. But to be honest, we’re all feeling crazy sadness right now because earlier today, Los Angeles, America and the whole wide world lost a hero. And we’re literally standing here heartbroken in the house that Kobe Bryant built. Right now, Kobe and his daughter Gianna, and all of those that have been tragically lost today are in our spirit. They’re in our hearts and our prayers. They’re in this building,” she said.

Keys added to her emotional tribute for people to take a moment and “hold them inside of you.”

“Share our strength and our support with their families,” the singer continued. “We never imagined in a million years we’d have to start the show like this, never never never never never never, so we wanted to do something that could describe a tiny bit how we all feel right now.”

Before performing a song she wrote especially for the Grammys on the piano, the singer said, “Kobe would want us to keep the vibrations high.”

Bryant’s 13-year-old daughter Gianna also passed away in the Calabasas helicopter crash. Emergency personnel responded, but unfortunately, none of the nine people on board the helicopter survived, a representative for the Los Angeles County Sheriff’s Department said during a press conference.

The late NBA star is survived by his wife Vanessa, and their daughters Natalia, Bianka, and Capri.