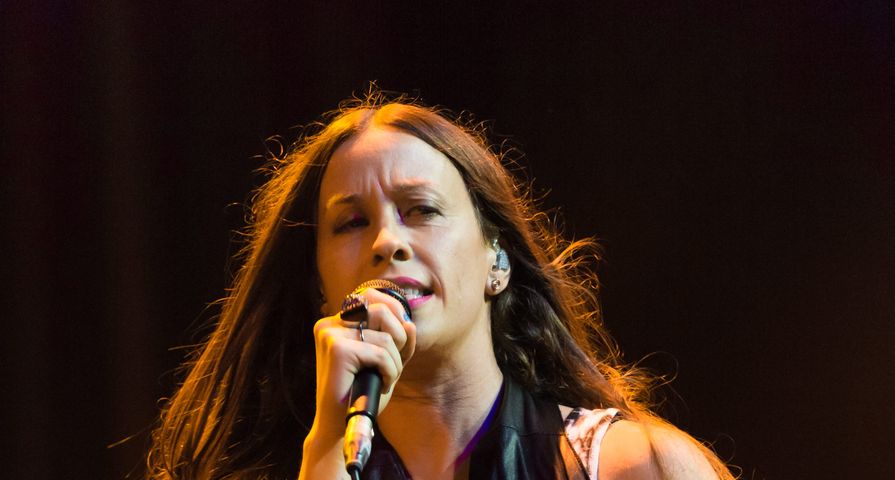 Fans and politicians alike are accusing singer, Alanis Morissette of faking a sickness that kept her from an Ottawa fundraiser that she had been committed to since the summer. Alanis was scheduled to appear at a Hope Live event with an initmate and acoustic benefit concert to fundraise for Fertile Futures.

The benefit’s tickets were going for $400 each and the organization helps connect cancer survivors with treatment and information about having children after beating cancer. However, only two days before the event which was scheduled for October 27, a message was posted on Hope Live’s website explaining that the star had pulled out of the concert because of an illness.

They quickly rushed to replace the Canadian singer with Burton Cummings whom they mentioned as “a member of Canadian ‘rock royalty.’ Morissette’s absence shocked politicians and business leaders, shock which quickly turned to anger after Alanis tweeted out and posted pictures from a beach location about a different charity.

The tweet which was posted the day of the Ottawa event said, “a great day of sous-chef-ing for The @AdrienShellyFDN. an honor to be a part of supporting this cause again this year” along with three pictures showing a happy and healthy Alanis. Her tweet sparked a reaction from fans and politicians who were quick to call her out for apparently “faking an illness” to skip her previous engagement. Some defended Alanis by pointing out her lack of Twitter activity means that the pictures were not necessarily from that day, as well the Adrienne Shelly Foundation did not list any events that included the singer for the date of October 27.