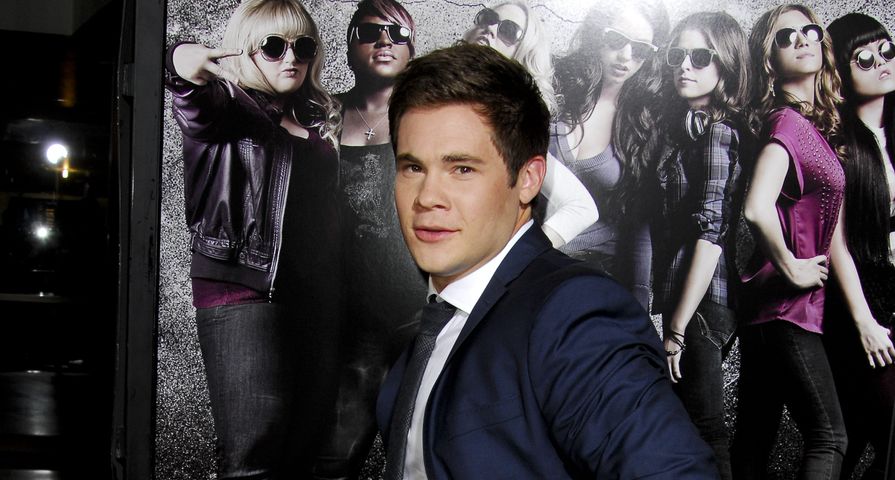 They may seem like an odd couple but it appears that Workaholics and Pitch Perfect funny man Adam DeVine, 31, and dramatic Pretty Little Liars actress Chloe Bridges, 23, are in fact a couple multiple sources have confirmed.

Apparently the two met while working on the upcoming horror film, The Final Girls, which also boasts a cast including The Vampire Diaries star Nina Dobrev, The Hunger Games’ Alexander Ludwig and Trophy Wife’s Malin Ackerman.

“They’re having a lot of fun,” an insider stated about the blossoming relationship between the two stars and while the two have not confirmed they are a couple, they have been leaving a trail of hints through social media.

In January, Bridges and DeVine took a trip to Disneyland where Bridges posted a picture of them and a friend in front of the castle and then attended a Sam Smith concert in Inglewood, California where she captioned a photo of the concert, “I feel we’re close enough, could I lock in your love @samsmithworld.”

She also shared some pictures of the two having fun in a photo booth with friends including DeVine’s Workaholics co-star Jillian Bell and have also attended a few Los Angeles Clippers games together as well.

DeVine was previously in a relationship with his Pitch Perfect co-star Kelly Jakle and recently finished the filming for the movie’s much anticipated sequel.