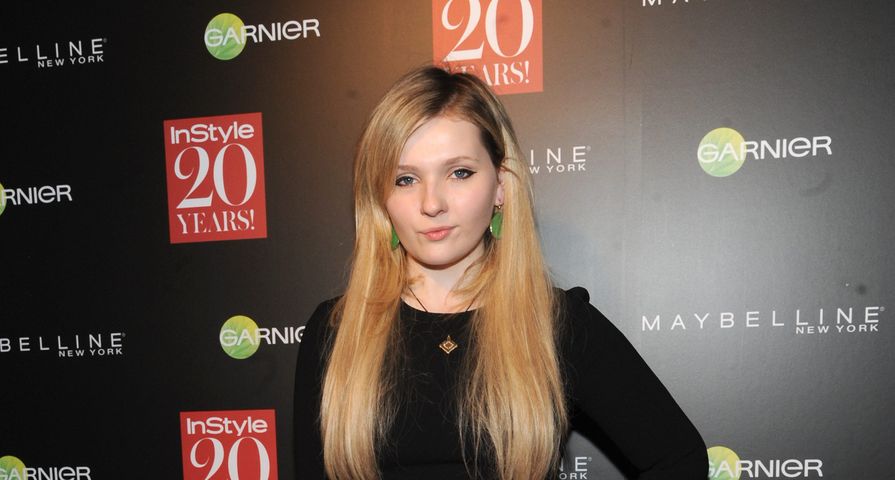 Abigail Breslin, 18, in the latest of a lengthy list of young Hollywood actors who decide they might as well take on the music industry as well.

To be fair, at only 18 Breslin has already had a really impressive acting career including an Academy Award nomination for 2006’s Little Miss Sunshine as well as starring roles in My Sister’s Keeper and Ender’s Game, so she may just need a change from already being so good at acting.

On Thursday November 27, Breslin released her first ever music video for “You Suck” and it seems she took some notes from the likes of Taylor Swift and Miley Cyrus with her boyfriend-hating lyrics.

She starts off by singing about “I hate your dumb tattoo and I wish you’d fly to the moon where there are no girls to use or screw over. I’m laughing cause I lied you know, I said you sound like all time low, you really don’t even though you try hard.”

The chorus then goes into, “I bet you’re going to hear this song, I bet you’re going to sing along and tell your friends how I’m obsessed with you. And I bet you didn’t know that you sound like a girl, every time you call me when you’re drunk. And all I really want to say, is you really suck.”

In an obvious slam at an ex-boyfriend, many people are wondering which one. Many people believe the song is aimed at Jack Barakat from All Time Low or Michael Clifford from 5 Seconds of Summer.

The lyrics can point to both as she actually mentions Jack’s band All Time Low but she also sings about things that are distinct to Clifford such as bleached out hair and his scar.

Either way, Breslin is already receiving major backlash from fans of both guys and odds are the song could be about both of them as she stated, “This is a song I wrote about those guys who are players and use people and just generally aren’t really good people. It’s about things I’ve witnessed, it’s not OK when guys don’t have respect for girls. I wrote it in the heat of the moment, and I think a lot of people will relate to it,” she told Teen Vogue.

Check out the music video below!