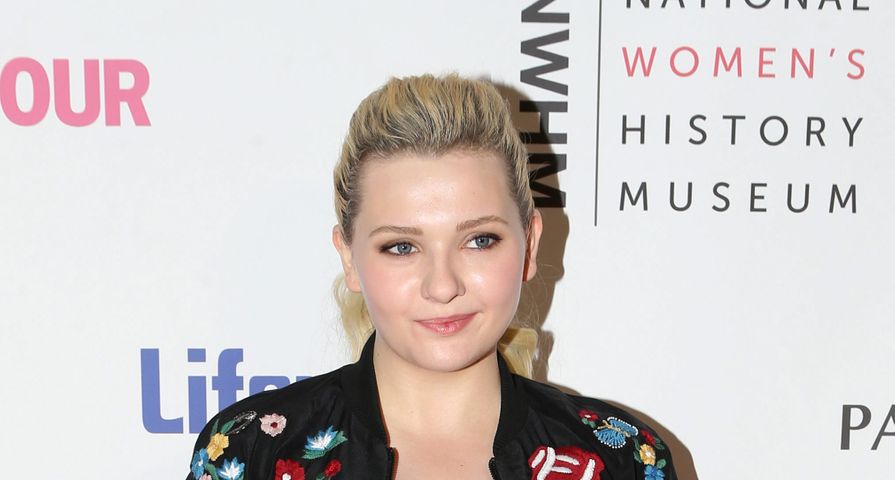 Abigail Breslin revealed she was diagnosed with post-traumatic stress disorder after being raped by an ex-boyfriend.

The Final Girl actress shared this private information with her followers on Saturday, April 22, via Instagram after someone trolled one of her photos. Breslin posted an infographic from Rape, Abuse & Incest National Network RAINN that revealed alarming statistics about perpetrators and their victims. The infographic stated “out of every 1,000 rapes, 994 perpetrators will walk free” and only 310 of 1,000 rapes are reported to the police. The information was based on Justice Department surveys and also stated that 57 out of 1,000 rapes lead to an arrest and only six of those lead to incarceration.

An unknown individual commented on Breslin’s post that “reported rapes are the only rapes that count,” which led the actress to share her own story and why she didn’t report it to the authorities. “I was in complete shock and total denial. I didn’t want to view myself as a ‘victim,’ so I suppressed it and pretended that it never happened. Second of all, I was in a relationship with my rapist and feared not being believed. I also feared that if my case didn’t lead anywhere, he would still find out and would hurt me even more. Thirdly, I knew how hurt my friends and family would be after finding out, and I didn’t want to put them through that.”

The Dirty Dancing actress also revealed she still deals with the aftermath of her assault and that she was diagnosed with PTSD a year and a half ago. “I have made a lot of progress since the even occurred, but I won’t pretend it isn’t something I struggle with. I still have flashbacks, I still get nightmares, I still jump when somebody touches me unexpectedly, even if it’s my best friend tapping me on the shoulder. To say that reported rapes are the only rapes that count contributes to the ideology that survivors of unreported rape don’t matter. It’s unfair, untrue, and unhelpful. It’s like if you got a black eye from getting punched in the face, but because you didn’t call the police, you didn’t really get a black eye. Unreported rapes count. Reported rapes count. End of story,” she wrote.