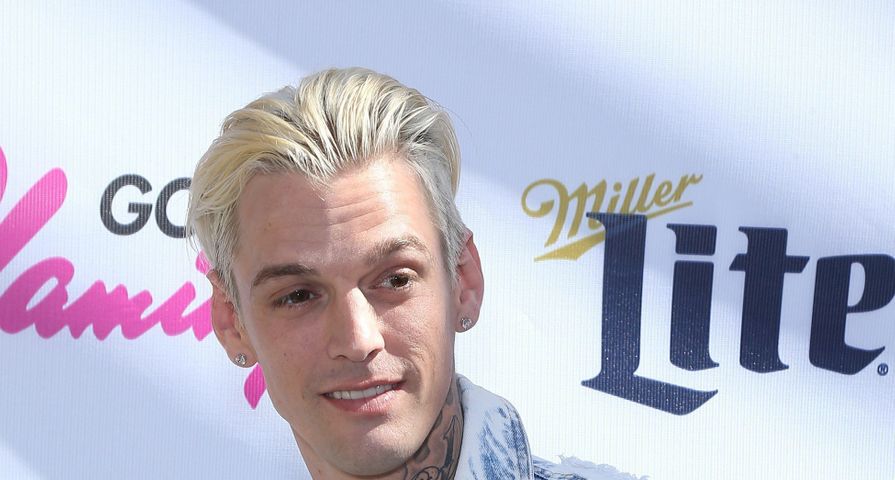 Aaron Carter is confronting all of the talk about his skinny frame and says it’s due to a medical condition.

The 29-year-old singer tweeted out a response to all the comments and concerns about his weight and revealed it’s caused by a hiatal hernia, a diagnosis he received at the age of 19.

“By the way y’all wanna know why I’m so skinny? It’s because @ 19 i was diagnosed with a hiatal hernia, I didn’t choose that. be kind to me,” he said. “It’s a terrible stress condition that affects me having an appetite and I’m sorry this is the way I am. Basically I have an eating disorder.”

He followed up with: “I’m sorry, sometimes I really wish I did look better, or I eat more like y’all say, this life doesn’t come w much stability. If you don’t believe me ask my brother he was there when I was diagnosed. It’s a stress eating disorder, I’m sorry I didn’t choose this.”

Carter also reassured fans that he does not do drugs and his weight is not a result of a drug problem. “No I don’t do drugs, yes I feel pain, I haven’t stopped working since I was 7 years old 22 years later and I still won’t give up,” he tweeted.

This isn’t the first time Carter has defended his weight over Twitter. Back in 2015 he said: “The way people talk about my weight is like high school times a million. Yes. I’m skinny right now. I’ve been very stressed and going thru some s— and felt like I needed to explain myself ’cause so many people are asking me and talking about me being too f—ing skinny. Just so we are VERY CLEAR I DON’T do drugs. I smoke bud but that’s it.”