A Major Brooklyn Nine-Nine Star Has Announced Their Exit 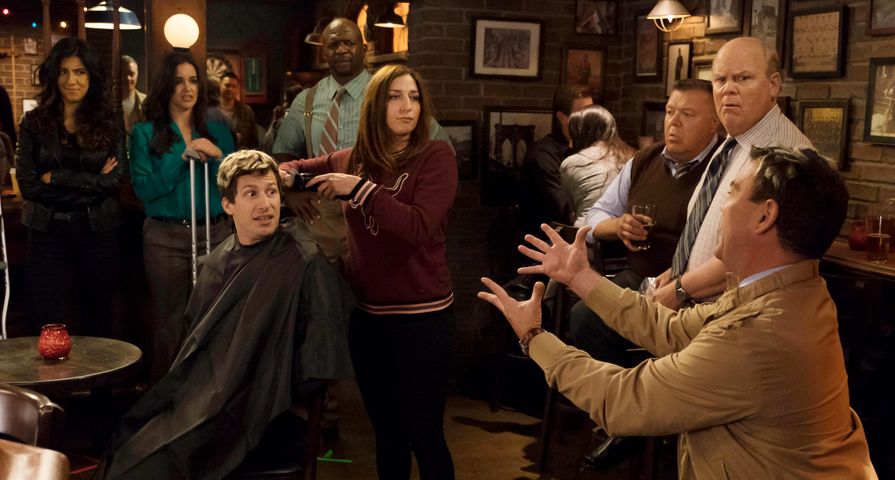 With Brooklyn Nine-Nine fans still riding the high of the beloved comedy being saved, they aren’t going to be thrilled by the latest news.

One of the show’s stars has announced she is leaving the series as a series regular. Chelsea Peretti who plays the hilarious and scene-stealing Gina Linetti took to Twitter to share: “B99 fans. Hiiiiiiiiiiii. Chelsea Peretti, here. I won’t be doing a full season of Brooklyn Nine Nine in Season 6. But that doesn’t mean I won’t ever be back, winky face emoji, heart emoji. I want to thank you for the hours you spent watching Gina be Gina: confident, idiotic-but-smart, pithy, and infused with rhythm and cell-phone radiation. It is hard for me to know exactly what to say.”

While Peretti will appear in the beloved cop comedy’s upcoming sixth season, she will depart sometime during the season but is expected to return down the road in a guest capacity.

“From the moment Mike Schur and I decided to create this show, we wanted Chelsea Peretti be a part of it, and she always will be,” co-creator Dan Goor said in a statement on Twitter. “While it’s sad to see a member of the family leave, we are so proud of Chelsea and excited for what she does next. Also, I know for a fact this isn’t the last we’ll see of Gina Linetti.”

Of course, Peretti has already appeared less on the series after she took time off following the birth of her first child with husband Jordan Peele.

Brooklyn Nine-Nine aired for five seasons of Fox, passing the 100th-episode mark last season, before being canceled in May. A day later, though, it was revived by NBC, who ordered a 13-episode sixth season that will hit the air later this season. Last month, the network upped its commitment to the rescued show, ordering an additional five episodes that brings the total number to 18.