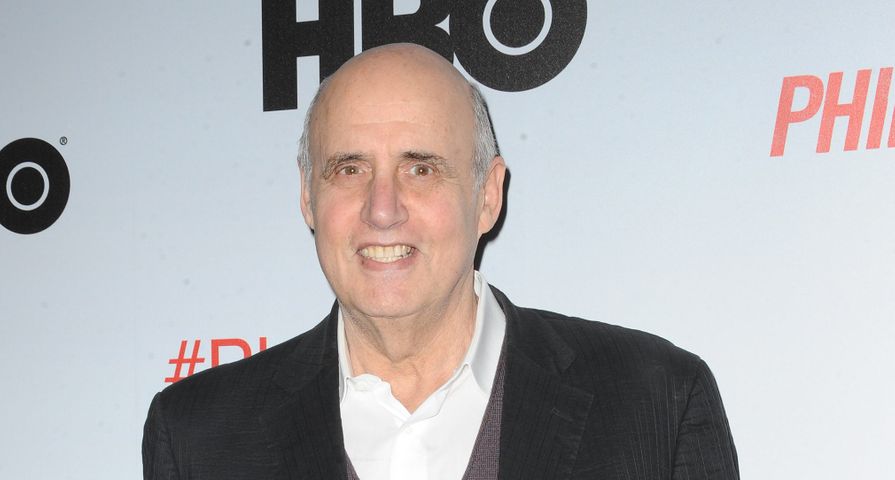 Taking nothing away from the men and women who know how to give a dramatic performance, it is safe to say getting people to laugh can also be really hard. With the Emmy nominations just around the corner, we wanted to make sure to give fair space to the many comic stars of the small screen who every week try to win over audiences. From former Saturday Night Live stars to established industry veterans, here’s a look at some of the most talented male comedians who deserve to be recognized on television’s biggest night — the Emmy Awards.

Bonus: Will Forte –The Last Man On Earth

Yes, he’s “MacGruber” from Saturday Night Live, but what people tend to forget about Will Forte is that he can actually act. If you haven’t seen Alexander Payne’s brilliant Oscar nominated film Nebraska, go check it out because he and Bruce Dern do a masterful job.

Yet you see that’s part of the problem with SNL, yes it’s great exposure and it has a rich iconic history of memorable characters, but vets like Andy Samberg, Bill Hader and Will Forte are type-cast in those roles. However, if you give them a chance to get out of them, they will surprise audiences. With The Last Man On Earth, Forte gets to show off a brand new persona and he’s very successful. While his character quickly finds other “survivors” soon after the pilot, viewers didn’t initially know that going in and Forte carried the pilot all by himself and did it in a original way. For that alone, he should be recognized.

Think what you want about CBS’ Two and a Half Men, but remember Jon Cryer did win this award a few years ago…even more interesting is that it was in the lead category.

Cryer’s been an Emmy mainstay since the beginning of Men, but always competed as a supporting actor (so as to not hurt the chances of then co-star Charlie Sheen). In fact, Cryer had been nominated in the supporting field every year since 2006, winning the award once in 2009. Following Sheen’s exit, he leaped categories and even took home the gold in 2012 (to the surprise of many insiders). While the series has been brutalized by critics in recent years, the way Cryer smartly handled Sheen’s messy exit and helped carry the ship with new co-star Ashton Kutcher earned him a lot of respect. Now with the show now wrapped, voters could get a little sentimental.

Speaking of Andy Samberg, the former Saturday Night Live alum shocked critics when both he and his series won the Golden Globe following Brooklyn Nine Nine’s debut year. Many took that as a potential sign of possible Emmy success, but alas it was not to be as voters slighted the show (sans for Emmy favorite Andre Braugher).

Now coming off of its second year, it will be interesting to see if voter’s tastes have changed and if they may be more open to letting Samberg into the mix. After all, the show’s ratings have held somewhat steady and Samberg continues to evolve into a leading man. Sometimes light comedies really do present the best laughs and that’s worth recognition.

Silicon Valley is an ensemble comedy, but it’s also one that features a cast of virtual unknowns to the mainstream community. For Thomas Middleditch to shine through and score a nomination last year is impressive and a testament to how he plays his character.

A nomination also brings more light to the show, which is a brilliant send-up of the tech community. Given that it is from Office Space creator Mike Judge, that shouldn’t be a shock. What Judge does is take the office humor and transfer it into a startup world based on a creation by Middleditch’s Richard Hendricks and then allows audiences to slowly watch as it begins to fall apart. How Middleditch handles the weekly breakdowns of a stunningly simple software program is a large part of the show’s appeal and for that he’s earned the accolades that have come his way.

The vast majority of the public probably doesn’t know about Episodes and that’s unfortunate. The Showtime comedy is a hysterical spoof of the industry from two of its most successful writers. Starring Matt LeBlanc as a fictionalized (and exaggerated) version of himself, the comedy looks at how a successful British TV show is imported to the US where it becomes a shell of its former self.

LeBlanc is actually the most logical choice for the lead role as people assume he and his Friends character Joey are very similar (when actually they are polar opposites). As a result, it’s not that much of a stretch for people to buy into this version of him on the show. Emmy voters certainly have and it’s a trend that will hopefully continue.

With over 20 nominations and five wins (all from his Oscar hosting days), Billy Crystal is no stranger to Emmy glory and it seems like he’ll add to that impressive resume when this year’s Emmy nominations are announced.

Crystal remains one of the most likeable comedians around so having him frontline FX’s The Comedians was a big network win (let alone signing Josh Gad as his co-star). The series may have taken a little longer than executives would have liked to get into a groove, but it is really the name appeal that’s helping the series find an audience. Even as a fictionalized (and slightly neurotic) version of himself you can see Crystal’s own special brand of humor shine through and that nostalgia factor could appeal to voters. Regardless, it’s nice to see him back on the small screen.

Don Cheadle was one of the first big “gets” for Showtime in its newer round of original programming. Though the show is preparing for its fifth season in 2016, the series remains fresh due to the talent of its ensemble headlined by the Oscar nominated actor.

Showtime’s comedy slate hasn’t always had the same luck catching on as rival HBO’s, which last year held two of the Best Comedy categories slots. Yet with Cheadle as an anchor, the network can at least get a foothold in the acting categories where Episodes’ Matt LeBlanc also has taken up residence in past years. Having actors of their stature involved in their talent pool is worth their weight in Emmy buzz…plus the series are just really funny to watch.

Remember when people used to just ignore Louis C.K. and he was okay it? It’s funny because now C.K. seems completely floored when he wins these types of awards because he’s just being himself and getting rewarded for it.

The ultra-talented comedian has won an Emmy for writing each of the last three years. Whether it has been for a stand-up special or his FX series, voters “get” Louis C.K.’s style of comedy. Now, what people are interested in seeing is if he can finally take home an acting prize. C.K.’s consistently been nominated over the years, but hasn’t been able to get a win in that field. However, at this point, it doesn’t matter as fans are just happy to see C.K. recognized as it is not uncommon for Emmy voters to slight what they don’t understand.

Calling Shameless a comedy is still a decision that’s hard to wrap your head around as it is a very, very dark show. Yes, there’s dark humor, but its still dark. Remember the biggest storyline from the season prior to this one was the main character fighting child endangerment charges after her baby brother took drugs that were laying around…real funny stuff right?

What’s interesting though is when the show competed as a drama it was snubbed, but with the switch to comedy lead actor William H. Macy was able to snag a nomination. That makes a little more sense as Macy’s character does offer the most humor of anyone in the cast. Granted it’s a how much lower can go you go as human humor…but humor none the less. Taking the material out of the equation though, the way Macy portrays it is brilliant and he’s just a naturally gifted actor that you begin to overlook some of the reprehensible things he does to his family. Comedy, drama or a unique blend, it’s just nice to see him get some credit.

Aside from being the breakout star of CBS’ The Big Bang Theory, Jim Parsons happens to be a likeable person and that is one of the reasons why nobody bats an eye when Emmy voters give him the award every year. Parsons has been nominated six times in the last six years and he’s won the prize four times.

What’s interesting though is Parson’s isn’t a one-trick pony. He’s not winning because he turns in a variation of the same performance every year; he’s winning because it’s clear his eccentric character is growing season-to-season. Emmy voters love growth and so do audiences…it’s just a rare occurrence when those preferences match up. If you want an example of the above, just check out the show’s most recent season finale (“The Commitment Determination”) and try not to get a little emotional. You’ve been warned.

Tambor’s always been a supporting star. He may have been a boldface name on a call list, but he’s never really been the one with top billing. With Amazon’s Transparent, he is firmly the headliner and definitely making headlines as well.

Transparent is the odds-on favorite this year to give Modern Family the biggest run for its money. The story about man’s transformation into a woman is both timely and powerful. Creator Jill Soloway has taken something deeply personal to her and transferred it to the screen with Tambor being the lynchpin. Expect him to get nominated and likely win out and then expect a classy speech representative of a classy guy.