Home » Entertainment » Celebrities » Young Sheldon: Everything We Know So Far

Young Sheldon: Everything We Know So Far 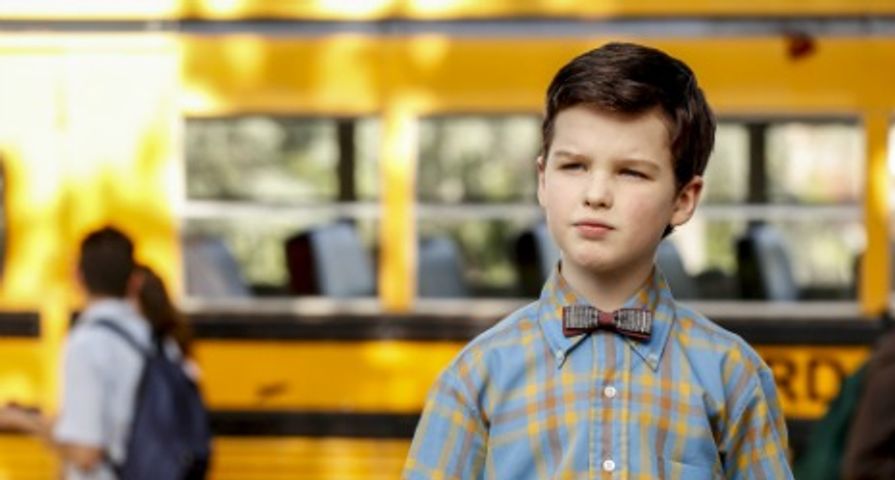 The Big Bang Theory spin-off, Young Sheldon, is one of the most anticipated shows this fall. Featuring a nine-year-old Sheldon, played by Iain Armitage, the show will follow the gifted youth as he attends high school in East Texas, and deals with his ordinary family, while they struggle to accommodate his impossible brilliance. The show will be premiering tonight, so get to know the spin-off better with these 7 fun facts about Young Sheldon.

The show will be exploring how Sheldon Cooper became the character that fans love on The Big Bang Theory. “We have the opportunity to look at Sheldon as an adult and think about the origins of how he came to be,” Producer Steve Molaro said. “He doesn’t like comics yet; he likes church with his mom even though he doesn’t share her views. There’s a joy of discovery with Sheldon.”

Unlike The Big Bang Theory, which uses a multi-camera, Young Sheldon will be using a single camera and it won’t be filmed in a front of a live audience. “The pacing is very different, the actors aren’t holding for laughs, they’re playing to one another,” executive producer Chuck Lorre said.

5. Jim Parsons Will Be the Narrator

Not only is Jim Parsons an executive producer on the show, he’s also going to be narrating the episodes as Sheldon when he’s an adult. This will allow the younger Sheldon to appear more innocent and hopeful while the elder Sheldon can employ that cynicism that fans know and have come to love.

Producers discussed The Wonder Years as an influence. “We absolutely discussed Wonder Years when we were writing,” Chuck Lorre said. “I never worked with narration before, and narration changes the way you write. So we looked for inspiration in shows that used it beautifully and no one did it better than Wonder Years.”

While Sheldon might be insufferable as an adult, he won’t be as a child. “Jim has a magical quality, and when he plays Sheldon, he can be despicable,” Chuck Lorre said. “He can be so difficult and hard on his best friends, and yet somehow he has a quality as a person where the audience forgives him. But take those same qualities and ask a 9-year-old to bring that – that’s a brat. That’s not pleasant. So we made a decision early on that we’re going to enter his life when he’s very naïve, he’s not yet become cynical. He has his idiosyncrasies but he’s a much more vulnerable character when we enter the story in 1989.”

2. The Challenges of Dating an Exceptional Child

The show isn’t just about how Sheldon develops – it’s also about how the family reacts to this remarkable child. “Everybody in the family is affected by having a child who is remarkable, and they all have to adapt, and their lives have to change in order to accommodate him,” Chuck Lorre said. The idea will keep coming up throughout the season.

1. Everything We Know about Sheldon’s Life from The Big Bang Theory Will Remain True

This means that Sheldon’s dad will die when he is 14, and Young Sheldon will make sure to explore that event. “This is five years before that date, so we have a lot of freedom with the backstory,” Chuck Lorre said. While Sheldon has never spoken nicely about his father on The Big Bang Theory, fans are going to see a different side of him on Young Sheldon. “We’re going to show that there was a great deal more to this man than we were allowed to know from Sheldon’s anecdotes.”