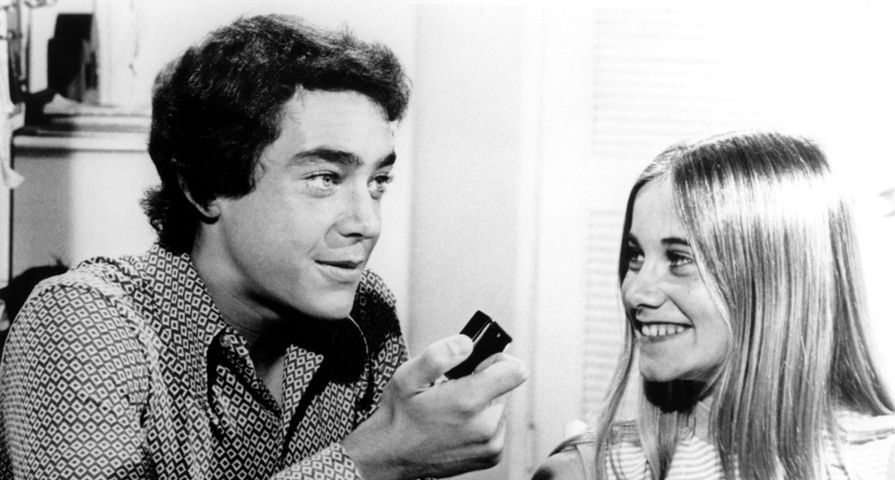 The Brady Bunch ran for five seasons from September 1969 to March 1974 and introduced us to the Brady family, who seemed nearly perfect. While things may have appeared perfect on-screen, off-screen was a totally different story. From on-screen siblings hookups to cast members’ struggles with drugs, here are 8 shocking secrets and scandals from The Brady Bunch:

Robert Reed, who played patriarch Mike Brady, was gay, but he kept this a secret because he feared that it would ruin his career. He inadvertently came out of the closet a week after his death when his death certificate revealed that, although he died from colon cancer, he had been infected with HIV at the time of his death. While he was alive, he would reportedly cruise the streets of Pasadena looking for same sex hookups.

Barry Williams (who played Greg) and Maureen McCormick (who played his onscreen stepsister Marcia) had the hots for each other when they were filming the show. They first made out when she was 16 while they were filming an episode in Hawaii, and he was her first kiss! Things between them heated up – she almost lost her virginity to him, but then his parents walked in.

In Barry Williams’ book, Growing Up Brady, he admitted to using drugs. He once was called to set after he had just finished smoking a joint, so he had to go in stoned. After the show wrapped, he continued to smoke pot and also used cocaine. “I did drugs for a while,” he told People. “I went through a lot of things. But then I got married and found a niche in a career I enjoy.”

Maureen McCormick may have played the all American girl Marcia Brady on The Brady Bunch, but in reality, she wasn’t anything like her character. By the age of the 18, she was already addicted to cocaine. After the show ended, she found herself hanging out in Hollywood’s drug dens. She admitted in her book Here’s the Story: Surviving Marcia Brady and Finding My True Voice that she would trade sex for cocaine and once let a man at the Playboy mansion videotape her in exchange for drugs. “If there was coke, I had to stay up and do every last flake even if it meant going without sleep for days,” she wrote. “Nothing else mattered.”

Barry Williams had a huge crush on his on-screen mom, who was played by Florence Henderson. He actually took her on a date during the show’s second season. He was 16 at the time and she was 36! In Maureen McCormick’s book, she commented on the dates that Williams took Henderson on, calling it “weird.”

Christopher Knight, who played Peter Brady, had a brief fling with his sister Jan, played by Eve Plumb. Barry Williams revealed that the two had gone out on a date and were getting cozy in the back of his pick up truck when the police interrupted them. That put an end to the fling.

In Maureen McCormick’s autobiography, she insinuated that she and her on-screen sister Jan (played by Even Plumb) had a lesbian relationship because of a comment she made about how they once kissed. Plumb didn’t take it so well and the two are no longer speaking, and not even through Susan Olsen, who played their youngest on-screen sister, Cindy. “I don’t like there to be a rift in the family. I love them both and this means whenever we get together for any project there will only be one or the other. But I do understand Eve’s point of view,” Olsen told Fox 411. “She got tired of Maureen gaining attention for herself by regurgitating the tiresome and false insinuations that they had a lesbian affair.”

Cindy Brady, played by Susan Olsen, and her on-screen brother Bobby, played by Mike Lookinland, used to make out in the doghouse on set when they were nine. Olsen wasn’t able to keep Lookinland’s attention for long. Eve Plumb – who played Jan – ended up becoming the recipient of his affection because she had started to develop.