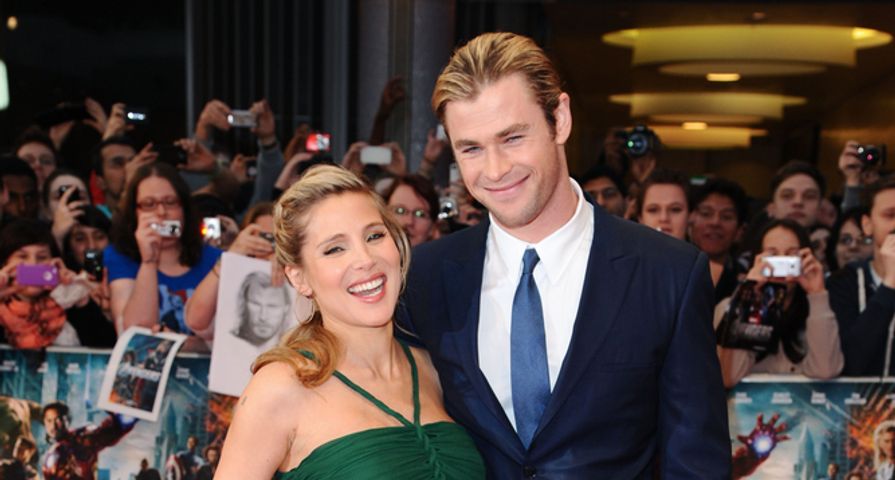 Many male celebrities have children; however, few have been able to become what we like to refer to as “super dads.” We have been on the lookout for the best dads in Hollywood, the kinds of men who put their children above everything else. This is definitely a rare breed! After carefully examining a number of celebrity dads, we have found the top 8. These guys are not only great with their children, most of them are also great husbands – family is just that important to them! Without further delay, here is Fame10’s list of the best celebrity dads. Nothing is hotter than a man who values family!

To Ben Affleck, nothing is more important than his three children. “They’re most important in my life,” he said at the National Board of Review Awards Gala. “Family is a wonderful thing, but it doesn’t mean you can’t do other stuff in your life. In fact, having a family makes whatever other thing you have that much richer. If it was just me, I’d be home alone and think, ‘Well, something good happened at work,’ but it’s much nicer to share it with people you love.”

The Golden Globe-winning director also said that having children enriched his life and gave him more substance as a person. “I think anytime you become a richer person you have more substance. I hope that happened to me with having a family, but you never know!” he said. We’d have to agree. Before he married Jennifer Garner and had kids with her, his life definitely lacked the meaning it has now.

Nothing is more important to Usher than his children. When he and his former stylist, Tameka Foster, separated and divorced a few years back, he made sure to get primary custody of the two boys he had with her. “I’m a dad, first and foremost,” he told People magazine. “Of course I have to travel and make a living, but my sons are my priority…I never knew I could be so happy just hanging out with them.”

While fatherhood leaves him feeling fulfilled, his marriage to Foster didn’t. When it comes to his ex wife, however, he makes sure to do his best to keep things amicable for the sake of their children. “Fighting after divorce is bad for the kids, so anything in the past should remain in the past,” he said. “We had a friendship before we got together romantically, and that helps us get along now.” It sounds like Usher has it all figured out!

David Beckham is a doting father. He has four children with former Spice Girl, Victoria – three boys and a girl. Even though he has had an amazingly successful football career, he considers his family his greatest achievement. “What matters is being a good father and a good husband – just being connected to family as much as possible. Being a dad is more important than football, more important than anything,” he said.

According to the soccer star, his children are just like him and his wife. “It would be easy for our kids to sit back and not work for anything, but they’re not like that. They’re as competitive as Victoria and me. We’re very lucky with our boys: They want to win. They want to work at something. They know their values. That’s the way we’ve brought them up so far, and that’s the way we’ll continue to bring them up,” he said. They sound like the perfect superstar family!

Matt Damon is one of those stars who likes to put family before work. He has four daughters and is happily married to a former bartender, Luciana Barroso. Now that his children are getting a bit older, he doesn’t want to spend his time jetting around the world. “With four kids, it’s hard. When the kids were younger, it was all an adventure; you’d go on the road and they were portable and it was fun. But now they’re a little older and they’re in school and they have their lives – and their lives count as much as yours does. So, ultimately, if it’s Sophie’s Choice between your kids and a movie, that’s no choice at all,” he told The Telegraph.

The Oscar-nominated actor and his wife have a two-week rule – when he’s filming, he can’t be away from his family for more than two weeks at a time. As we already know, he has no problem with this. He’d rather be at home with his family. How hot is that?

Hugh Jackman and his wife had trouble conceiving, so they adopted two children together, Oscar and Ava. He discussed the fertility struggles he and his wife faced with Katie Couric. “Until you go through it, you realize it’s not talked about a lot,” he said. “By the way, to be clear, Deb and I always wanted to adopt. So that was always in our plan. We didn’t know where in the process that would happen but biologically, obviously we tried and it was not happening for us, and it is a difficult time. We did IVF and Deb had a couple of miscarriages.”

While the miscarriages were tough on Jackman and his wife, adopting took all that pain away. It even helped him to forgive his mother for abandoning him when he was only eight years old. “I think having kids of your own just adds another level of empathy and understanding. And there comes a certain point in life when you have to stop blaming other people for how you feel or the misfortunes in your life,” he said.

Matthew McConaughey was made for fatherhood. He has three young children with his wife, model Camila Alves, and, according to him, nothing (besides being a dad) has left him feeling more fulfilled. “It’s the one thing I’ve always wanted to be,” the Academy Award-winning actor told GQ. “Never is a man more of a man than when he is the father of a newborn…You know what’s important. I definitely got more selfish. And at the same time, I think I got more compassionate.”

McConaughey may be happily married now, but it wasn’t easy for his wife to get him to commit. “I had to get to the point where I saw it as more than just the thing to do,” he said. “I wanted to really want to. You know, I didn’t want it to be a destination; the fun is that we’re on the adventure together. And look, some of it had to do with her putting it on me. It took her going, ‘C’mon, Big Boy, Mr. Easygoing-We’ll- Get-to-It-When-We-Get-to-It. Either sh*t or get off the pot.’”

Brad Pitt is the ultimate family man – just ask his wife, Angelina Jolie! “He loves being a father and that’s one thing I’m most proud of about him. With a large family, you need that support. Brad is a wonderful teacher and guide, for the boys in particular. He likes to plan things and proceed in a very deliberate and methodical way. He is much cooler and calmer…I can be more impulsive and outspoken. It’s very reassuring to know there is this very solid and generous man in your life,” she told The Mirror.

Being a father has definitely made Pitt more selfless. “I care about them more than I care about myself,” he said. “You see past yourself and become more generous and giving, and wanting only the best for your family. You learn to value the basic beauty of family, of watching your children grow and evolve. It’s the most beautiful thing you can experience.” It sounds like he and Jolie have the perfect family! We’re not that jealous, are we?

Chris Hemsworth is not only the sexiest man alive – he is also one of Hollywood’s best dads, which makes him even sexier! He has three little ones at home and, while that might overwhelm some men, the “Thor” star is totally up for the job. In fact, he can’t remember what life what was like before he had kids. “It’s hard to even remember what it was like before them. Anyone with kids can understand that once they’re there, it feels like they’ve always been there,” he told TV Week.

Hemsworth loves being a father. According to him, it has made him less selfish. I think it makes you less selfish, because it’s no longer about you,” he told E! News. “It can’t be. It’s about someone else, which is refreshing. It’s nice to not spend all your time thinking about your own problems and garbage up there and I just have so much fun doing it. It’s the best. And now I’m a bit more choosy, I think, with when I work and how I work because it better be worthwhile to take me away from them.”